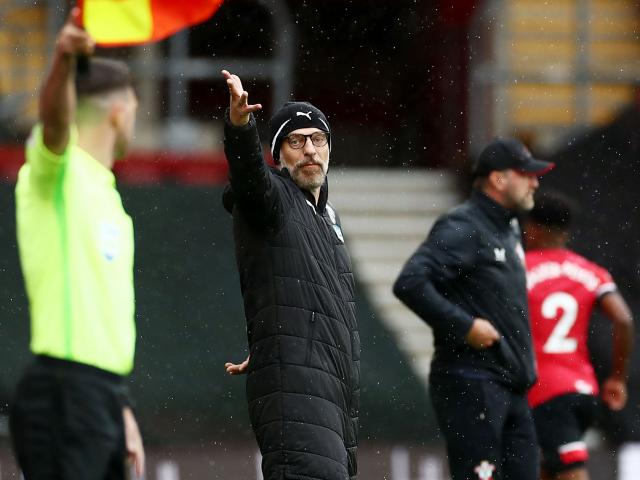 Slaven Bilic has expressed his disappointment towards Semi Ajayi and his teammates after another 2-0 loss in the Premier League game against Southampton.

Ajayi was in action for the whole duration as the Baggies continue to fumble since their return to the England top-flight league.

Goals from each half by Djenepo and Romeu dealt Ajayi and his teammates a heavy blow as they continue to seek for their first league win.

Read Also: Hammers Hits Foxes Three To Earn Back To Back Win

A disappointed Bilic in his post-match conference said their were out witted at everything by the Saints.

He said, “The result is a fair outcome based on the game on the pitch.

“They were better at everything.

“They were more aggressive and up for it. It didn’t look good.

“They were quicker and they were stronger.

“We should have coped with it better.

“I said to the players that we can’t play like this and we can’t approach games like this.

“Everything we did well in the first three games was lacking today.

“We have to work harder as a team and take the responsibility.

“We have to be better.

“You can’t point to one thing and you can’t say that we were unlucky.

Bilic only picked out goalkeeper Sam Johnstone as the only player that was outstanding in the game.

Johnstone produced a string of superb saves has kept the Baggies for not conceding early.

“Sam was our best player.

“When your goalkeeper is the best player and you lose the game 2-0 then you know you have to improve.”