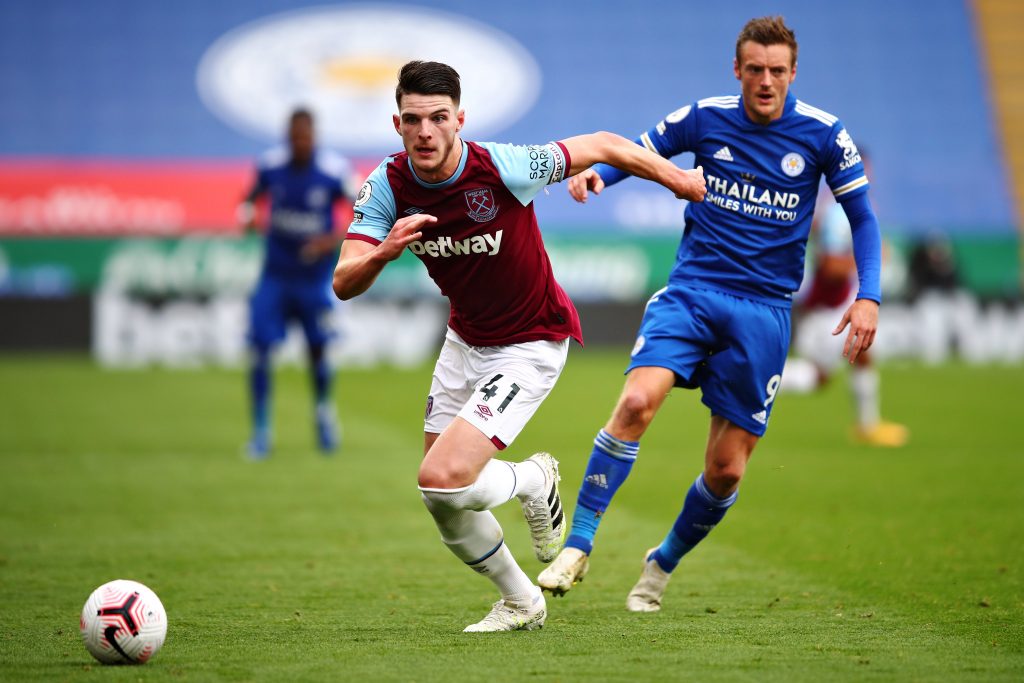 Leicester City unbeaten run in the Premier League could not go beyond three as they suffered a 3-0 loss at Kings Power Stadium to West Ham United.

The Foxes has maintained an impressive form this season winning all their previous three games including an emphatic 5-2 comeback against Manchester City.
Leicester were favoured by bookmakers to continue their impressive start against West Ham but the reverse was the case.
Brendan Rodger decided to change the 4-1-4-1 formation that got him the result against Manchester City to 3-4-3.

It was the Hammers that took charge just 14 minutes of play as ‘dangerman’ Michail Antonio scored a header from an Aaron Cresswell cross.
Again Cresswell delivered another assist for Pablo Fornals to make it 2-0 in the 34th minute.
Leicester despite trailing were in much possession of the game bit failed to make it count.
Jamie Vardy had a clear cut chance to pull one back for the Foxes after he was played through by Harvey Barnes.
The Hammers made it 3-0 seven minutes to the end of the game with Jarred Bowen finding the net.
Barnes pulled one back for the host but the goal was ruled for an offside.
It was a bad day for the Foxes as they failed to record a shot on target in a Premier League home game the third occasion.
Leicester are now second with nine points from four games.
For West Ham, a back-to-back win takes them to eighth places.
West Ham will travel to Tottenham next week while Leicester will welcome Aston Villa.