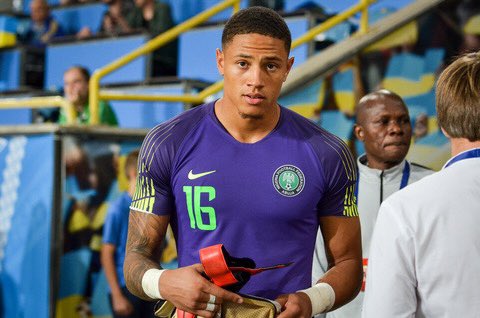 Super Eagles goalkeeper Maduka Okoye is counting the days ahead of the international friendlies against Algeria and Tunisia next week in Austria.
Okoye was among the three goalkeeper called up for the friendlies that will see the Super Eagles take on Dessert Foxes of Algeria October 9.
Then four days later, they will play another North Africa country, Tunisia.

He took to his Twitter account to express his readiness for the game and meeting his teammates.
“Can’t wait to be back with the family soon 🦅🇳🇬 @NGSuperEagles, he wrote.”
https://twitter.com/OkoyeMaduka/status/1312532829058732032?s=19
The goalkeeper who joined Sparta Rotterdam from Fortuna Dusseldorf is yet to make his Eredivisie debut.

Okoye was an unused substitute in Sunday’s 4-4 draw between Sparta Rotterdam and AZ Alkmaar.

Since pledging his allegiance to play for Nigeria, it’s almost a year that the 21-year old made his international debut for the Super Eagles.
He came in as a substitute for injured Francis Uzoho in the last friendly game that ended 1-1 against Brazil.