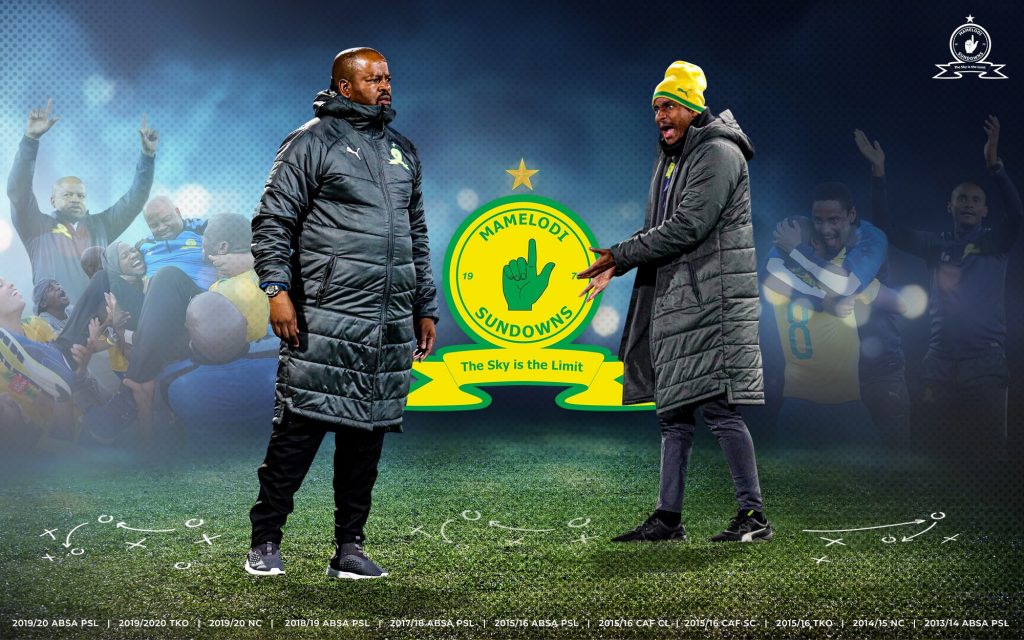 After Pitso Mosimane‘s exit, Mamelodi Sundowns have announced on Monday their new head coaches as Manqoba Mngqithi and Rulani Mokwena are named.

Manqoba Mngqithi and Rulani Mokwena will both lead Masandawana in the next season. Both technicians has assisted Pitso during his time at the Chookloop side.

“Manqoba and Rulani have been with Mamelodi Sundowns for many years and were part of the Technical Team that was crowned Champions of Africa in 2016 and have also won the Premier Soccer League and other titles in South Africa.” Sundowns chairman Dr Patrice Motsepe said.

On the other, Rulani Mokwena also reacted to new role inside the club.

“It is a great honour, there is a deep sense of feeling that goes in towards appreciating the opportunity that we have been given, but with a big opportunity comes big responsibility, primarily to fill in the shoes of Coach Pitso Mosimane because the reality is it is an enormous task at an enormous club…” he said.