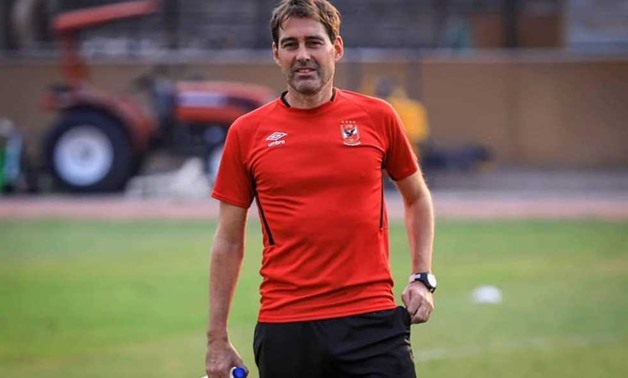 Rene Weiler revealed reasons behind his unexpected exit from Al Ahly despite having extended his contract to 2021 with Cairo giants.

His departure was not even in minds. But Rene Weiler left his coaching post of Al Ahly a week ago after an Egypt Cup clash that has been his last game with the Red Devils. He however, helped the club clinched their 42nd league title (a record) since September. But leaving the club ahead of CAF champions league’s decisive clash against WAC Casablanca.

So far, former Mamelodi Sundowns coach Pitso Mosimane has been appointed for the next two years and started with a home win (1-0) against Al Mokawloon Sunday night despite Mohamed El Shenawy’s injury.

“The reason is relatively simple. Corona has also found its way into Cairo. I’ve seen my family exactly once since February when I came to Switzerland on a private plane in June,” Weiler said in reports of KingFut.

“The decision was difficult. I wanted to end the season, we had done a good job by then,” he added.

“The club is huge, that’s incredible. I didn’t have a private life. I couldn’t eat out. If I wanted to pick up my family at the airport, I had to dress up but people still recognized me like that.”

“The dimension, the force of this association is indescribable. If you don’t experience it yourself, you can’t imagine it. It was very tiring,” former Anderlecht manager said.