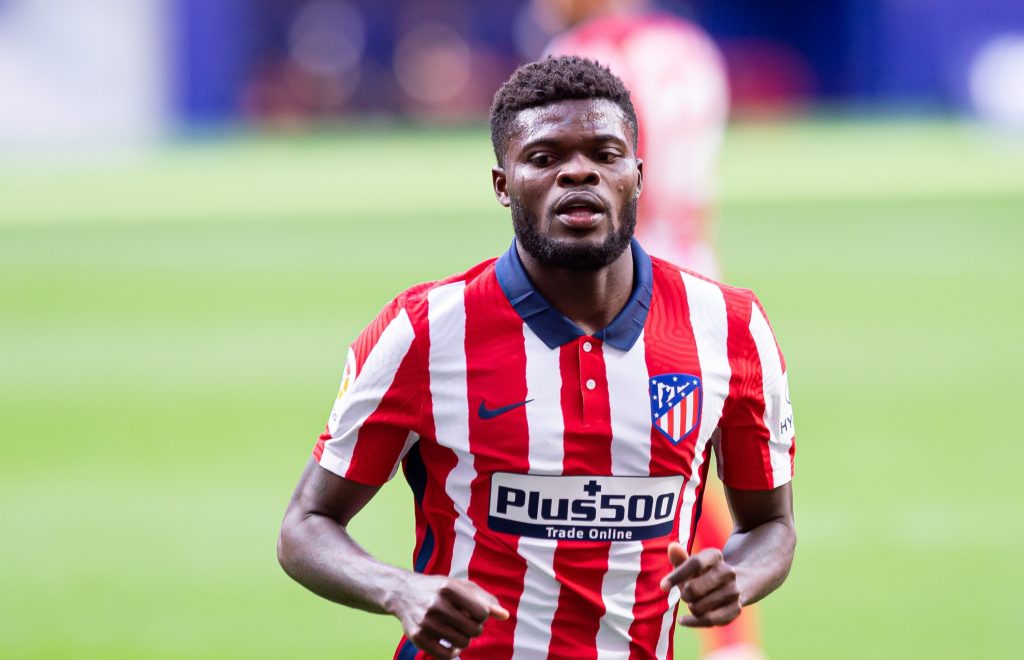 Premier League side Arsenal have reportedly made a last-gap bid to land Atletico Madrid superstar Thomas Partey as they are set to meet his £45m release clause.

According to reports, Thomas Partey will sign a four-year deal with the Emirates Stadium side and will earn £250,000 weekly (Guardian).

Partey started already the new season with Colchoneros but can however, move for another club.

Expected to join Ghana’s Black Stars in Antalya, Turkey for international break, the 28-year-old should complete his medical in Madrid before leaving, Spanish media reports said.

In addition, the transfer window will end tonight.