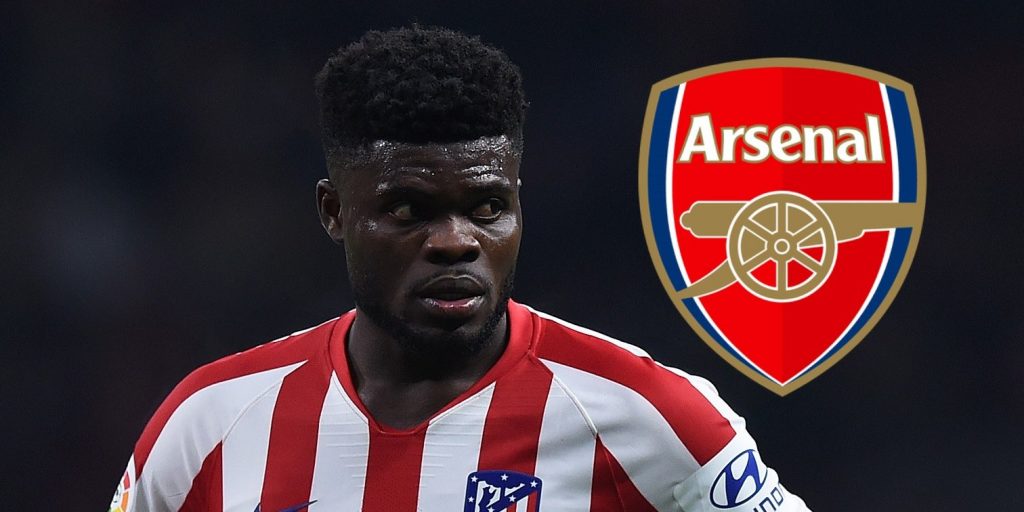 Partey has remained on Mikel Arteta radar since he took over from Unai Emery in December 2019.

Arsenal triggered the €50m release clause of the players including allowing Lucas Toreira to join Atletico Madrid on loan.

The club in a statement on its official website said the player will wear the No18 jersey.

“Thomas will wear the No 18 shirt and will join up with his new team-mates next week after he returns from international duty with Ghana.

“Everyone at Arsenal welcomes Thomas to our club.

“The deal is subject to the completion of regulatory processes.”

Welcoming Partey to the club Arsenal manager Arteta told www.arsenalfc.com that they have been watching the player.

“We have been watching Thomas for a while, so we’re now delighted to add such a high quality player to our squad.

” He is a dynamic midfielder with great energy.

“He brings a lot of experience from a top club that has competed at the highest level in La Liga and the Champions League for several years.

“We’re very impressed with his attitude and his approach to the game.

“He’s an intelligent footballer and we’re looking forward to him integrating into our system and contributing to the progress we’re building at the moment at the club.”

On his part, Arsenal technical director Edu said the midfielder have the right attributes that suit the club.

“Thomas has all the right attributes to be a top player for Arsenal.

“He is a leader on and off the pitch and he is exactly the kind of player and person we want at the club.

“We already feel like we know Thomas very well based on the work we have done analysing his performances closely in recent times.

“With his all-round game and positive aggressive style, he will be a brilliant addition to our squad.

“We’ve made a strong start to the season and we want to continue to build on this with Thomas now part of our club.”

The 27-year-old midfielder had been with Atletico since 2012, making 188 appearances, in which time he won both the Europa League and Super Cup in 2018, and was a Champions League runner-up in 2016.

Last season, the Ghana international made 46 appearances for Atletico,

playing a key role in their third-placed finish in La Liga and reaching the quarter-finals of the Champions League.

During his career, Thomas has also enjoyed successful loan spells in Spain with RCD Mallorca (2013/14) and UD Almeria (2014/15), and has made 29 international appearances for Ghana.