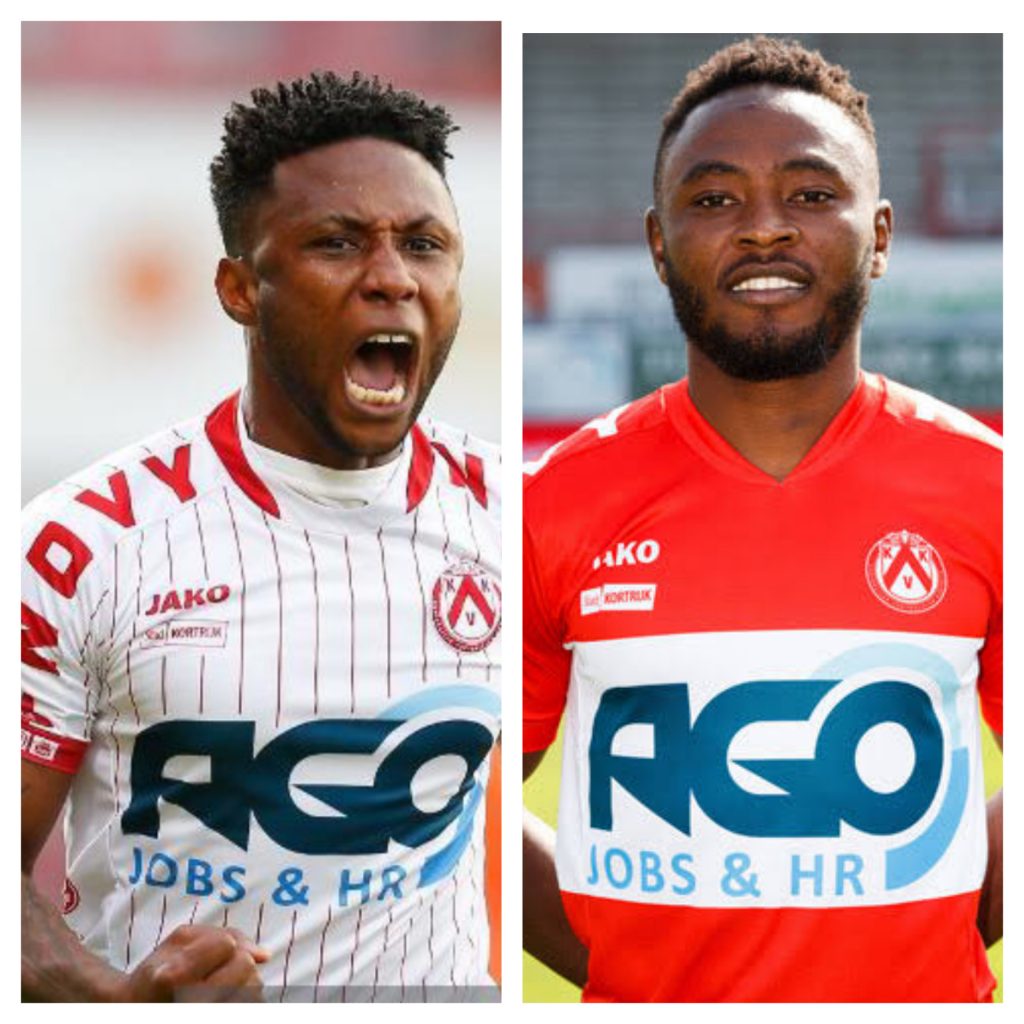 The club had earlier demoted both players to the feeders team, but however decided to part ways with them free declaring them ‘surplus to requirement’.

Ajagun was signed by Kortrijk from Greek side Panathinaikos in 2017 and he went on to make 74 appearances and scored 10 goals.

Read Also: I’m Grateful To Start This New Chapter In My Career- Adarabioyo

His compatriot Ezekiel, joined the club from Las Palmas in 2018 and scored six goals and provided two assists.

The club in a statement on it’s official website wished both players well in their future career.

“Abdul Ajagun still had one year contract with the Guys, but his contract was terminated by mutual agreement.

“The Nigerian midfielder has played with the Kerels since 2017.

“In 2019 he was loaned out to the Cypriot Omonia Nicosia. Ajagun played a total of 74 games for KVK.

“He was good for ten goals and eight assists.

“KVK would like to thank Abdul very much for his efforts at the club and wishes him every success in the course of his further career.”

“Imoh Ezekiel also had a one-year contract with KVK, but he is also saying goodbye to the club.

“The Nigerian striker has played at KV Kortrijk since 2018.

“Ezekiel played a total of 39 games for the Guys.

“He was good for six goals and two assists.

“KVK would like to thank Imoh very much for his efforts at the club and wishes him every success in the course of his further career.”

Imoh was part of the 2016 Olympic squad that won bronze while Ajagun player for the U17 and U20.