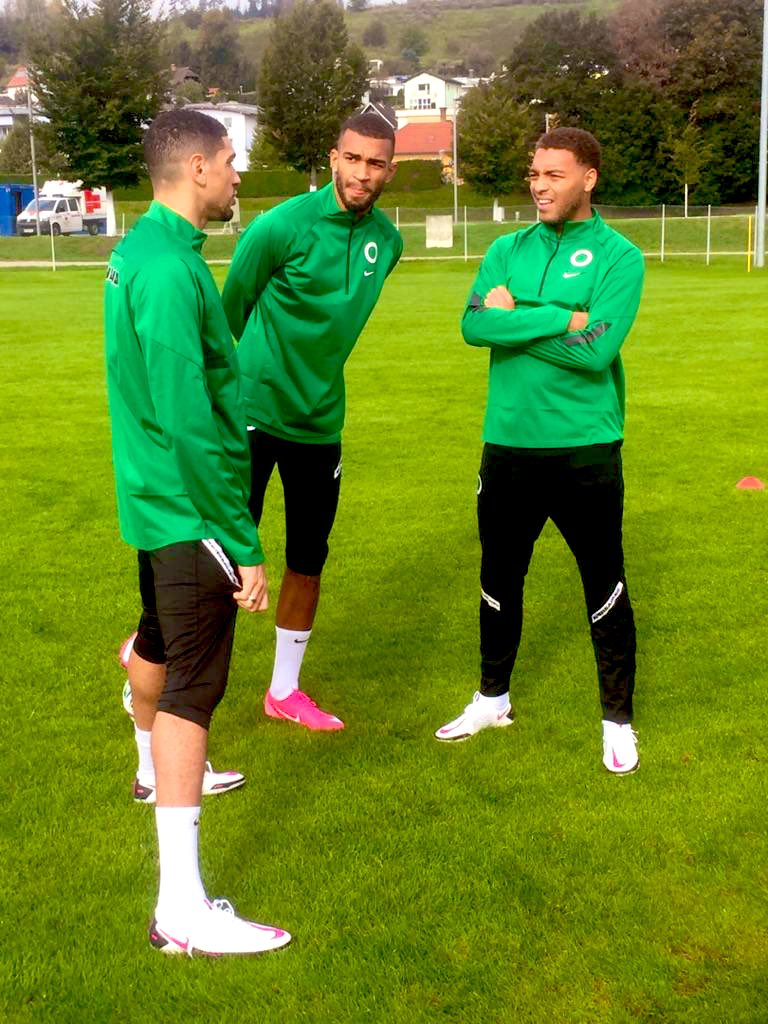 Super Eagles media officer Toyin Ibitoye has revealed that all new invitees are blending well with the other players in Austria.

Six new players were invited by Super head coach Gernot Rohr ahead of the friendly games against Algeria and Tunisia.

Read Also: We Would Have Liked Saka To Be With Us-Rohr

The team had an intensive training session on Tuesday evening after the arrival of team captain, Ahmed Musa and other players.

Ibitoye in a chat with Brila FM as monitored by Africa Top Sports confirmed that Dessers and other new boys are blending well with the team.

He said,”Cyriel is doing well. He’s comfortable with the boys, he’s blending well with the other guys in the team, he’s not looking at all like a new player.

“Not just him, all the new boys are also blending.

Ibitoye said the team will have another more intensive training on Wednesday.

”Yesterday’s sessions was the first, we had two sessions yesterday.

“It was the first time we are having the squad together so it was more of loosening up, shaking off fatigue.

“For today’s session, and according to the coach, it would be a lot more intensive than yesterday so we are hoping for the best.

“The boys are in good spirit and I’m sure what the coaches did with them in training really encourage them.

“The training sessions yesterday was like playing a game.

“It was intensive, end-to-end. So we are hoping for another intensive session this morning.”

The Super Eagles will file out on Friday against Africa champions, Algeria in an international friendly match.

The last time both team met was at the 2019 AFCON were the Dessert Foxes defeated the Super Eagles 2-1 to reach the final of the tournament.