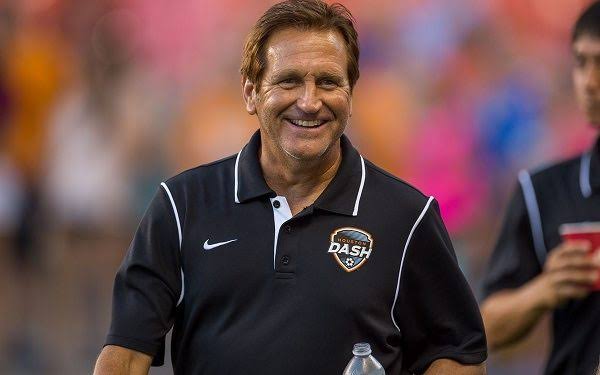 Super Falcons new head coach Randy Waldrum says he is ready to settle down into his new position and will push the federation to prepare and train.

The former Trinidad and Tobago women’s head coach in an interview with goal.com revealed his plans for the Super Falcons.

He said he already have a ten – twelve years plan that will reshape the Super Falcons.

The American also expressed delight on his appointment and stressed that it was dream come true for him.

“I want everyone to know that I am extremely excited about being your coach for the Super Falcons,” Waldrum told Goal.

“It’s been a dream of mine for some time now.

“I appreciate Mr [Amaju] Pinnick and his faith in me and our staff to bring the Super Falcons to new heights.

“I also understand the full commitment that it takes for my time, for training camps, games, scouting,

“These expectations are very clear and I’m anxious to get started.

“In fact, I will be the one pushing the federation for more opportunities to prepare and train, I’m quite sure.”

Speaking about his plans for the eight-time African champions, Waldrum said:

“I’ve already been working and have a ten-year plan I’m anxious to share with the federation in order to prepare our young players in the country now for future years as national team players.