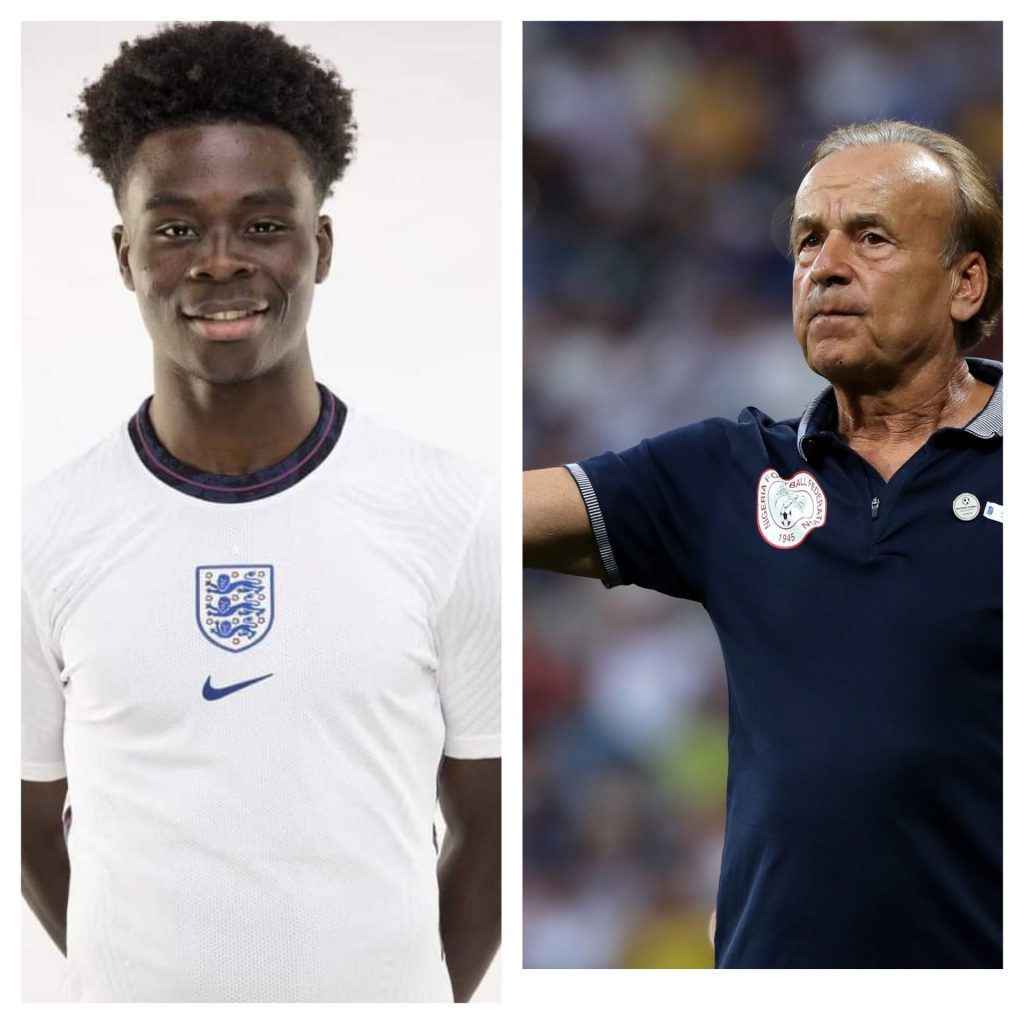 Super Eagles head coach Gernot Rohr has rued missing out on Bukayo Saka to the England national team after the winger was called up by Gareth Southgate.

Saka who had a breakout season with Arsenal last season was being eyed by Rohr but the player opted to represent the Three Lions.

He was called up for England games against Wales, Belgium and Denmark this month.

Nigerians were hoping the Gunners player will switch allegiance to the Super Eagles after representing the England junior national team’s.

Rohr while speaking with ESPN as monitored by Africa Top Sports said he wasn’t surprised of the player’s decision.

He, however, confirmed that he would have loved him to play for the Super Eagles.

“We are not surprised.

“Of course we would have liked to have him with us, but we have to respect this kind of decision from him.

“I wish him good luck and a long career with England.”

The Super Eagles are currently camping in Austria ahead of their international games against the Dessert Foxes of Algeria this Friday.

After that, the three-time Africa champions will play the Carthage Eagles of Tunisia in the same venue.

The last time the Super Eagles played was October 2019 in a friendly game between Brazil that ended 1-1.