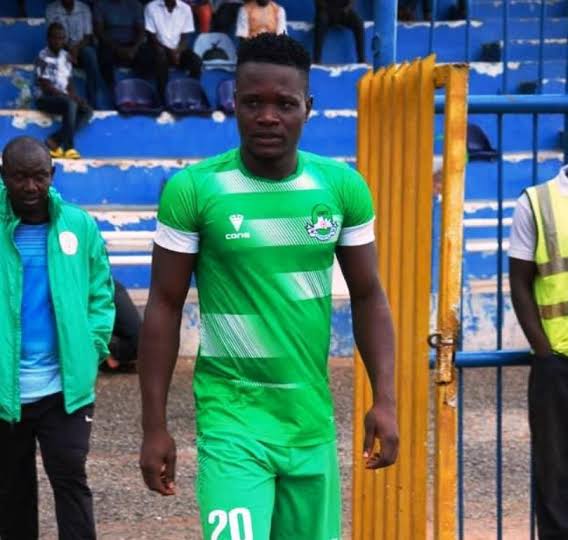 FIFPRO has called on President of the Nigeria Football Federation (NFF) to disclose the report of late Chineme Martins to the family and support their cause to obtain compensation for negligence.
FIFPRO in a statement via it’s Twitter account says it will assist the family of late Chineme Martins a player of Nigeria Professional Football League (NPFL) club Nasarawa United to pursue claim of negligence.
Martins collapsed and  died on March 8 while playing for Nasarawa United in the NPFL last season.
Since his death, Nasarawa United has failed to provide the family of Martins with appropriate insurance papers and his employment contract.

The International professional footballers body said it’s lawyers are assisting the family of the late Martins to pursue the course.

Martins, who was aged 23 when he died, played for Nasarawa United FC. FIFPRO’s legal team is urgently seeking information from both the club and the Nigeria Football Federation (‘NFF’).

So far, Nasarawa United FC has failed to provide the family of Martins with appropriate insurance papers and his employment contract.

The NFF has not provided a copy of the report of the Ad Hoc Committee on Safety and Security. The committe was mandated by the NFF to investigate the death.

According to the website of the NFF – where an extract of the report was published in July – the committee came to the conclusion that:

“Nasarawa United FC had neither a medical doctor nor a physiotherapist, with a retired community health assistant heading its medical team,

and this led to the mismanagement of the resuscitation process;

there was no functional ambulance at the stadium as at the time of the incident,

which led to a faulty evacuation process, and the player died before he could reach the hospital and;

Nasarawa FA and Nasarawa United FC failed in their duties to put in place emergency medical services for the match.”

As well as failing to make available the official documents, neither Nasarawa United nor NFF have offered support to Martins’ family.