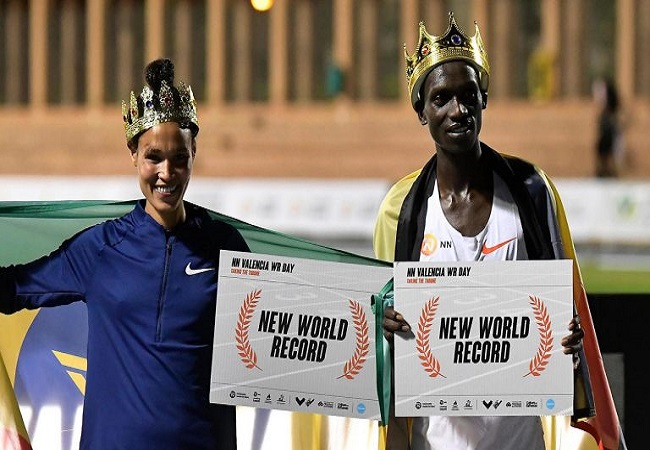 Two world records newly broken in Wednesday night in Valencia. These achievements belong to Joshua Cheptegei and Letesenbet Gidey respectively over 10000 and 5000 m.

The previous record belonged to Kenenisa Bekele of Ethiopia since 2005 (26:17.53). Cheptegei had already broken the 5000 m record of Bekele in Monaco.

In women’s competition, Ethiopian Gidey is the new holder of the 5000 m world record with 14’06”65. Four and a half seconds faster than her compatriot Tirunesh Dibaba in 2008 in Oslo