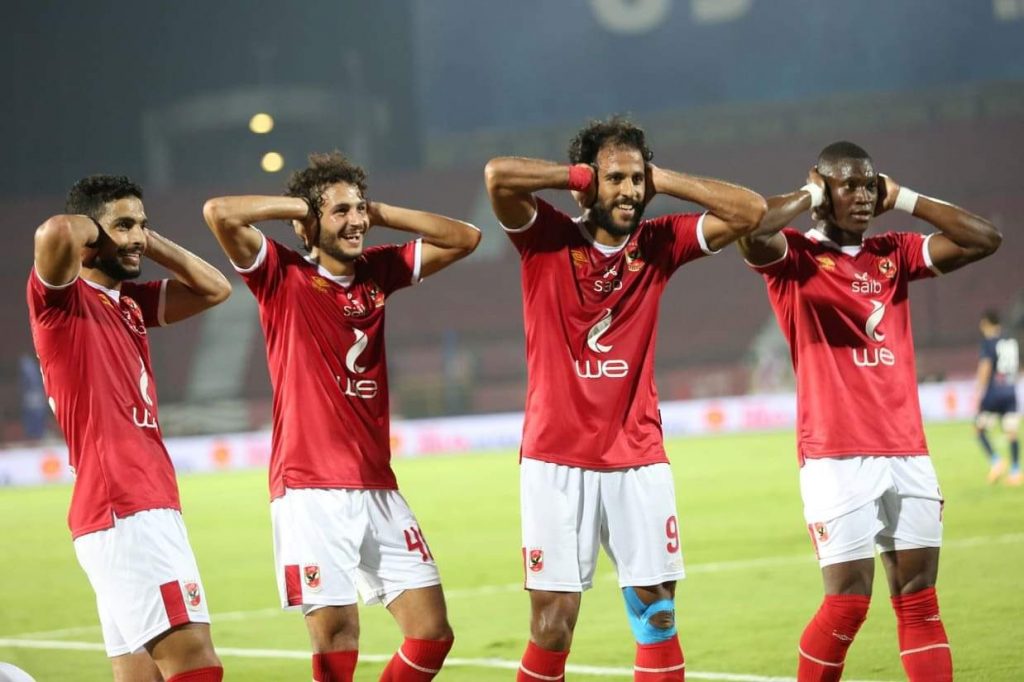 Pitso Mosimane won his second game at the head of Al Ahly as they took over ENPPI 3-0 on Wednesday on the matchday 32 of the Egyptian Premier League.

A brace from Egyptian striker Marwan Mohsen and a goal of Nigerian left-winger Junior Ajayi secured victory for Al Ahly after their 1-0 win against Al Mokawloon last sunday.

“We played very well tonight and we had several scoring chances during the whole game. Also, our overall performance is improving especially in the defense as a result of the players’ hard work in the training” Mosimane told Ahly TV after the game.

“Marwan is a good player and I am pleased that he scored these two brilliant goals. He also scored the second goal in an impressive way as he waited for the suitable moment to put the ball in the opponent’s net” he added.

In addition, Al Ahly will take on John Antwi’s Pyramids FC at home before moving to Morocco where they will face WAC Casablanca for the first leg of CAF Champions league’s semi-final.