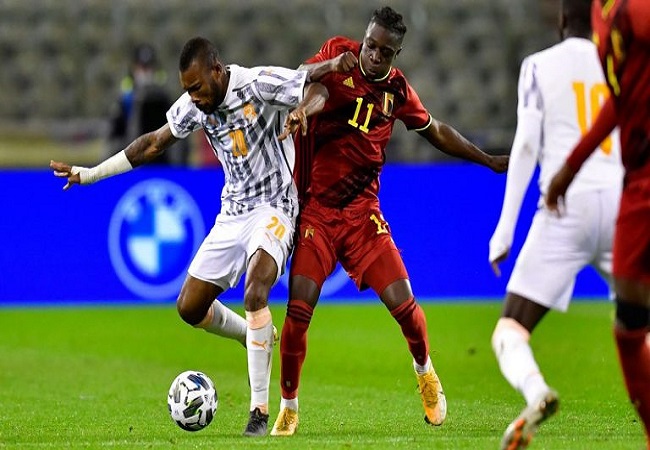 Patrice Beaumelle got draw against Belgium for his first game as coach at the head of Ivory Coast. The friendly between the world number 1 and the Elephants ended on the final score of 1-1.

The first half was rather boring. Both squads lacked creativity. The Red Devils lined up a very new eleven with the starting of Doku, Batshuayi and Trossard in attack.

For their Opponents, Beaumelle offered  a first selection to the young defender Sinaly Diomandé. 0-0 at the break.

Back from the locker room, Basthuayi from the right side, deceived Gbohouo. It was difficult for the Elephants. But they didn’t give up the battle. Then almost at the end of the match, after a foul on Zaha, Franck Kessié equalized on penalty.

For their next game, Ivory Coast will challenge Japan on 13 October.