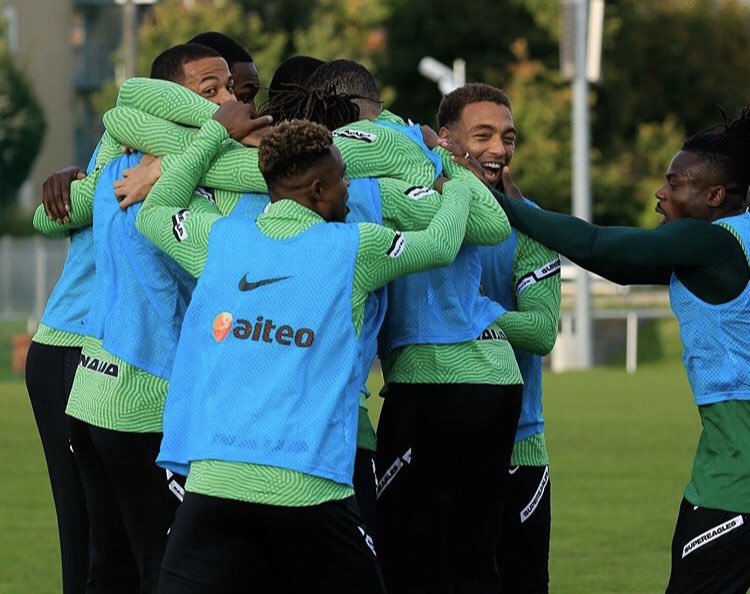 The Nigeria Football Federation (NFF) has confirmed that the result of players and officials of the Super Eagles returned negative and will go ahead with the game against Algeria.
Players and officials of the Super Eagles on Thursday underwent a COVID-19 test on line with FIFA guideline before any game.
Africa Top Sports confirmed in via a tweet from the NFF after the results were released on Friday.

“News just in: All @NGSuperEagles players and officials test negative to COVID 19 ahead of the game against Algeria tonight, NFF tweeted.”

On Thursday, the NFF debunked news that was making round that some players tested positive to COVID-19.
Also, Super Eagles defender Kenneth Omeruo took to his social media to confirm that no player tested positive.
The Leganes defender wrote:
“Big game tomorrow against Algeria… corona virus tests done and results are not out yet.. but everyone in the team are strong.
“Please disregard every fake news.
“We don’t have our results yet so there are no positives in the camp.. #upeagles @NGSuperEagles @thenff.”
Nigeria will trade tackles with the Dessert Foxes on Friday night 7:30 p.m Nigeria time and the game will be aired by Supersports and AIT.