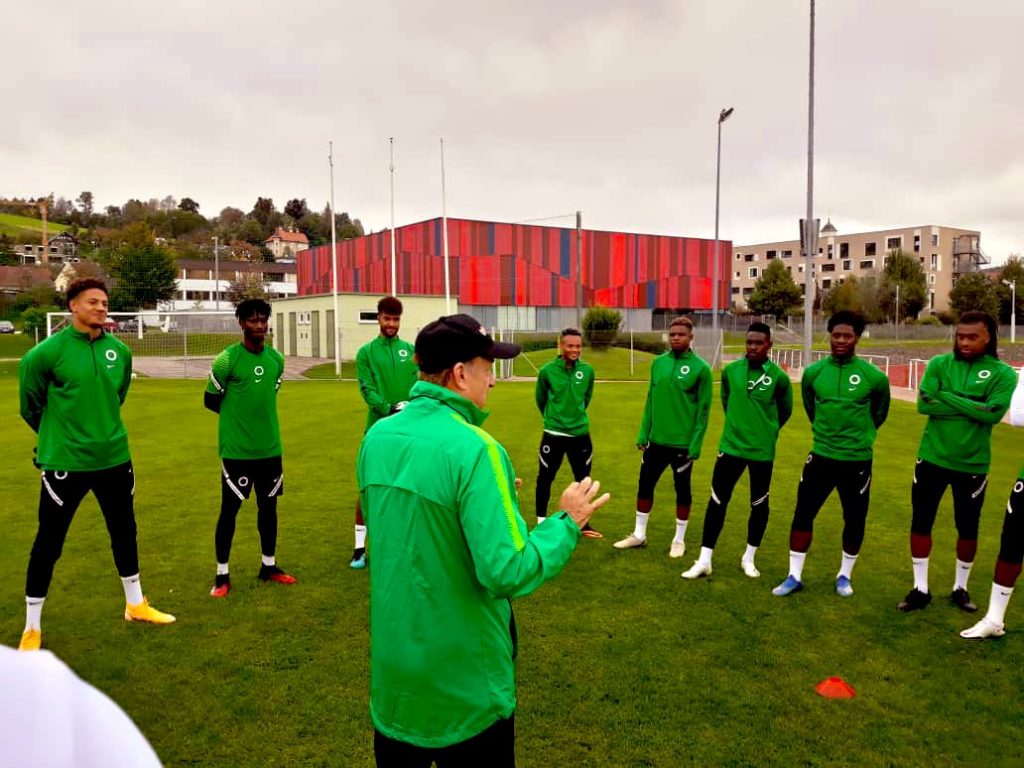 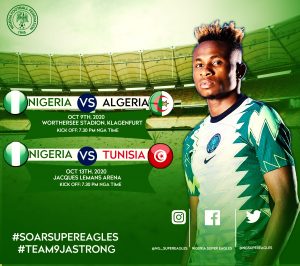 Paul Onuachu has been preferred by Super Eagles head coach Gernot Rohr to lead the attack ahead of Friday international friendly against Algeria.
Onuachu was a late call up after the Nigeria Football Federation (NFF) excused Victor Osimhem from the friendly matches against Algeria and Tunisia.
Onuachu has been impressive for Genk in the Belgian Pro League and scored in their last game before the international break.
He will be flanked by Villarreal winger, Samuel Chukwueze and Samuel Kalu.

Africa Top Sports gathered from complete sports.com that Maduka Okoye will between the sticks.
Zaidu Sanusi and Frank Onyeka will be blooded also after both players were handed a debut start.
Onyeka is expected to pair with Alex Iwobi in the midfield following the unavailability of Wilfred Ndidi and Oghenekaro Etebo.
Rohr preferred Tyroone Ebuehi on the right back ahead of Ola Aina while Jamilu Collins will watch from the bench as Zaidu starts.
The ‘oyinbo‘ wall of Leon Balogun and William Troost-Ekong will pair as central defence.

Here are how the Super Eagles will line up against Algeria.