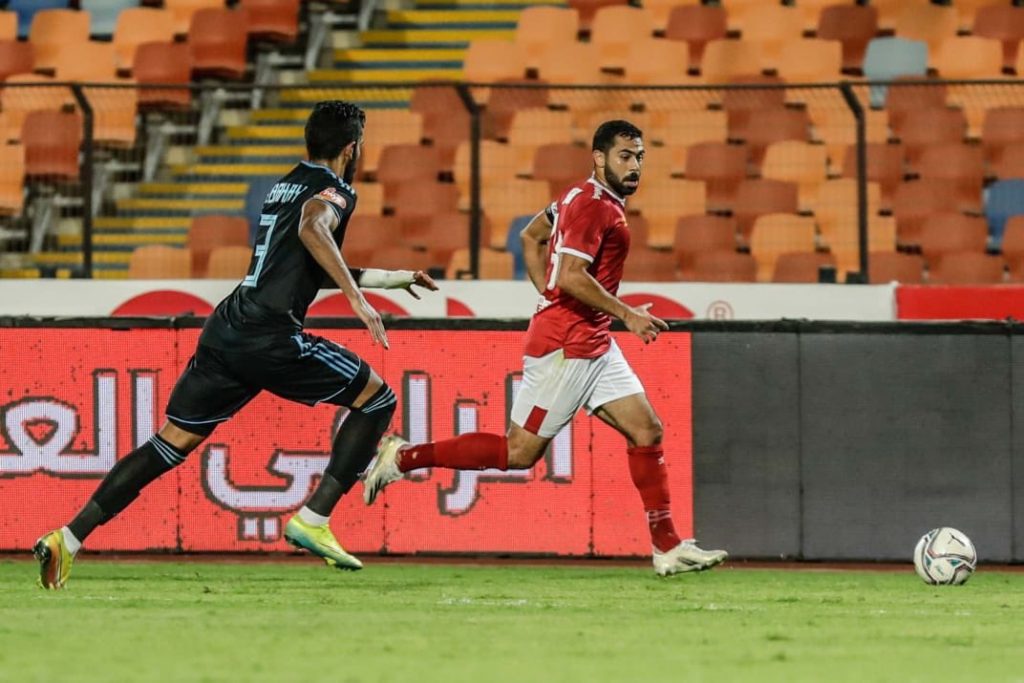 Al Ahly have had to play with ten players from the 43rd minute until the end of the game against Pyramids. However, Pitso Mosimane’s men managed to kept their net clean.

Red Devils midfielder Amr El Solia was shown the red card two minutes prior to the half-time. However, Al Ahly did not concede a goal and received just one yellow card.

On the other hand, Ante Cacic’s men failed to take this advantage to defeat the host team and were booked five times.

The game ended in a stalemate with Pitso Mosimane registering his first goalless draw at Al Ahly.

In addition, Pyramids will prepare their Egypt Cup quarter-final clash against El Gaish on Wednesday, October 14. While Al Ahly will Al Ahly will make a trip to Morocco three days later (October 17) for their decisive clash against Wydad Casablanca in semi-final of CAF Champions league.