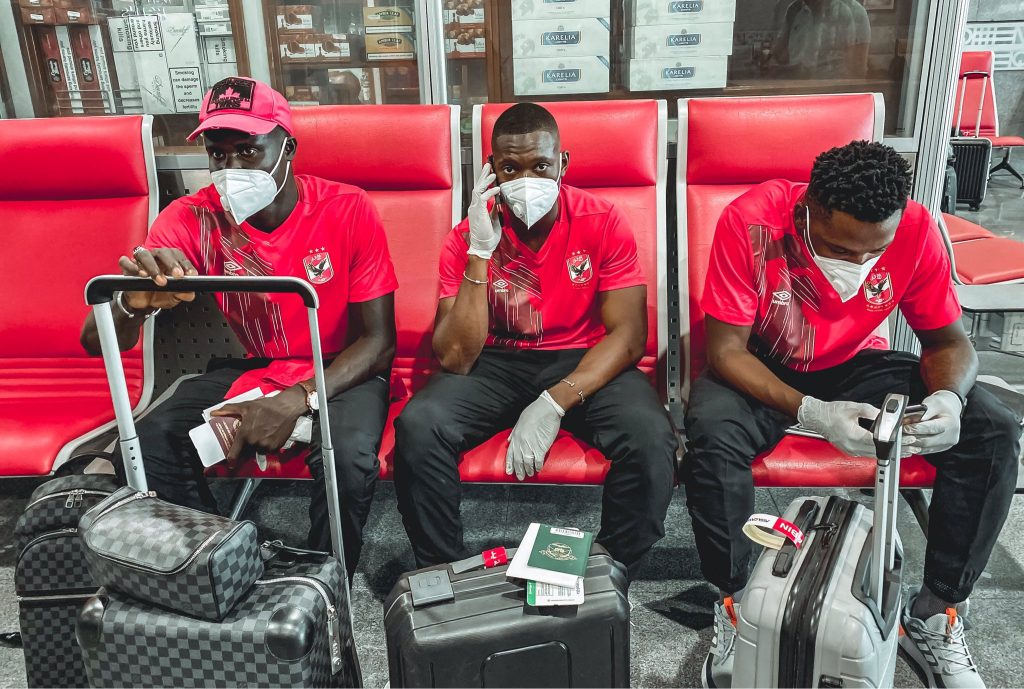 Al Ahly players and staff members have been spotted at Cairo International Airport on Tuesday afternoon as they are set to move to Morocco for CAF Champions league clash against Wydad Casablanca.

Few minutes after Pitso Mosimane has named his 22-man squad for Saturday’s clash against Wydad for CAF champions league semi-final game, Al Ahly squad arrive at Airport to for the departure to Morocco.

They will play on Saturday at Mohamed V Stadium (7PM) against Wydad for the first leg of CAF champions league. One of the greatest reasons Pitso Mosimane has been landed from Mamelodi Sundowns to Egypt is to win the continental tile and this is a decisive game for for the South African technician.