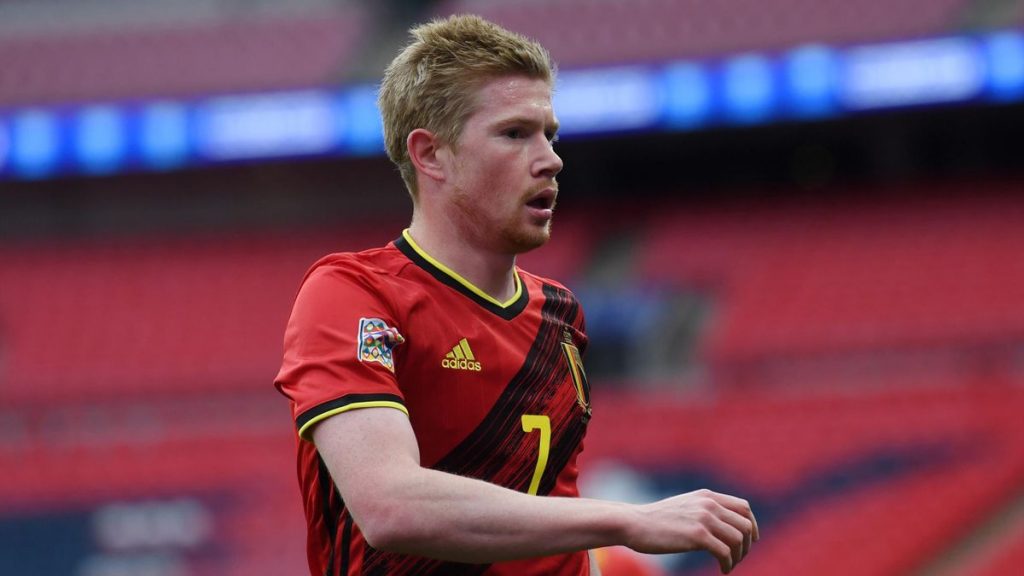 Manchester City have been hit with an injury setback as midfielder Kevin de Bruyne pulled out of the Belgium squad.

De Bruyne was substituted in Sunday’s 2-1 Nations League loss to England at Wembley Stadium and has returned to the Manchester City.

The midfielder was confirmed to have returned back to his Premier League club via a tweet on the Belgian national team handle.

“DeBruyneKev returned to his club.

“He couldn’t be fit enough to play against Iceland.”

Belgium suffered their first loss since 2018 following Sunday loss and are now one point behind the Three Lions in Nations League Group A2 after three games.

However, after the England game, Belgium manager Roberto Martinez played down any potential injury.

Martinez said the midfielder was substituted for precautionary purpose.

With City currently struggling this season, they will face Arsenal on Saturday at the Etihad stadium.

De Bruyne now joins Raheem Sterling who also pulled out of the England squad as both of them are doubtful for the Arsenal game.