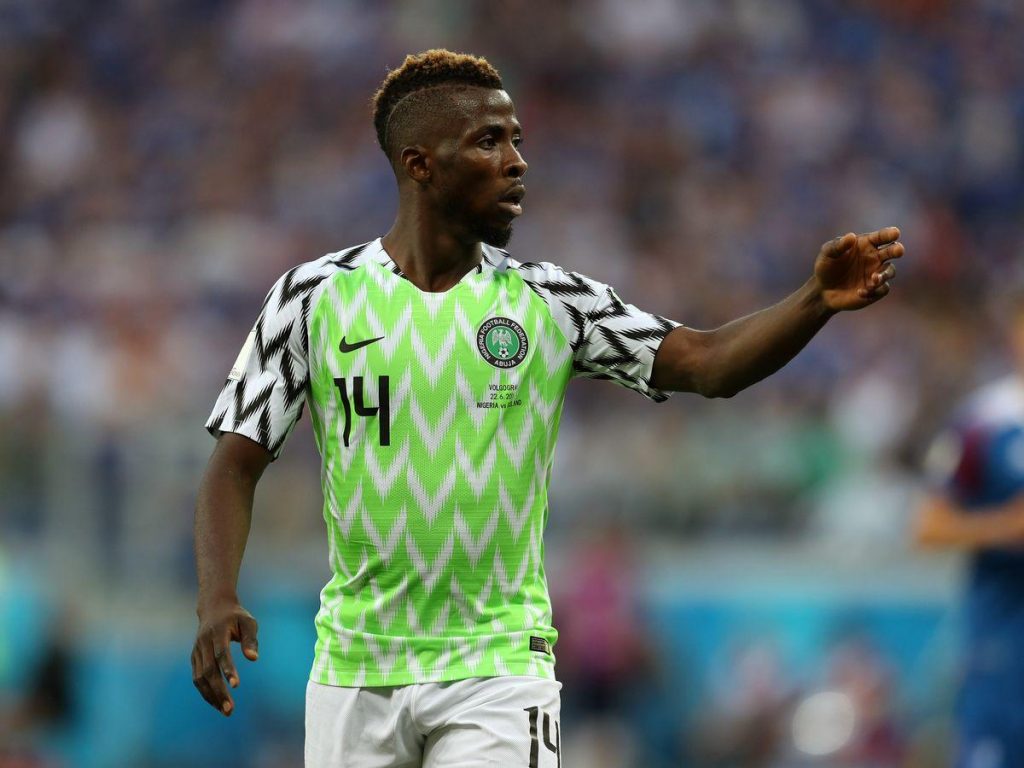 Kelechi Iheanacho scored and missed a penalty as Super Eagles played a 1-1 draw with the Carthage Eagles of Tunisia in their second international friendly game.

After losing 1-0 to Algeria in their first international friendly game, the Super Eagles failed to win against Tunisia at the Jacques Lemans Arena in Austria on Tuesday.

Rohr made four changes to the team that lost to Algeria, bringing in Iheanacho and Ahmed Musa to lead the attack.

Nigeria started the game impressively dominating possessions and have clear chances to take the lead but failed to convert their chances.

Akpoguma almost came close to marking his debut start with a goal in the 12th minute but his shot was blocked.

Iheanacho put Nigeria in front after a brilliant turning inside the opponent box before he fired the ball inside the net in the 21st minute.

The goal brought to an end Iheanacho’s three years goal drought for the Super Eagles.

Musa was fouled inside the box by Tunisia goalkeeper Ben Mustapha who denied the Al Nassr forward a chance to double the lead.

The referee awarded a penalty but Iheanacho failed to convert from the spot as Mustapha guess right to make a save.

Mohammed Drajer levelled for Tunisia in the 44th minute from a squared ball.

Super Eagles resumed the second half positively as Iheanacho header almost put Nigeria in front again but the ball went over the bar.

In the 79th minute Iheanacho found space in front of the Tunisian area but his shot was blocked.

On the stroke of 90 minutes Okoye produced a superb save tipping Drager’s clever chip over the bar for a corner.

Tunisia have now failed to defeat the Super Eagles since 2004 Africa Nations Cup.

The Super Eagles next game will be a double header Africa Nations Cup qualifier against Sierra Leone in November.