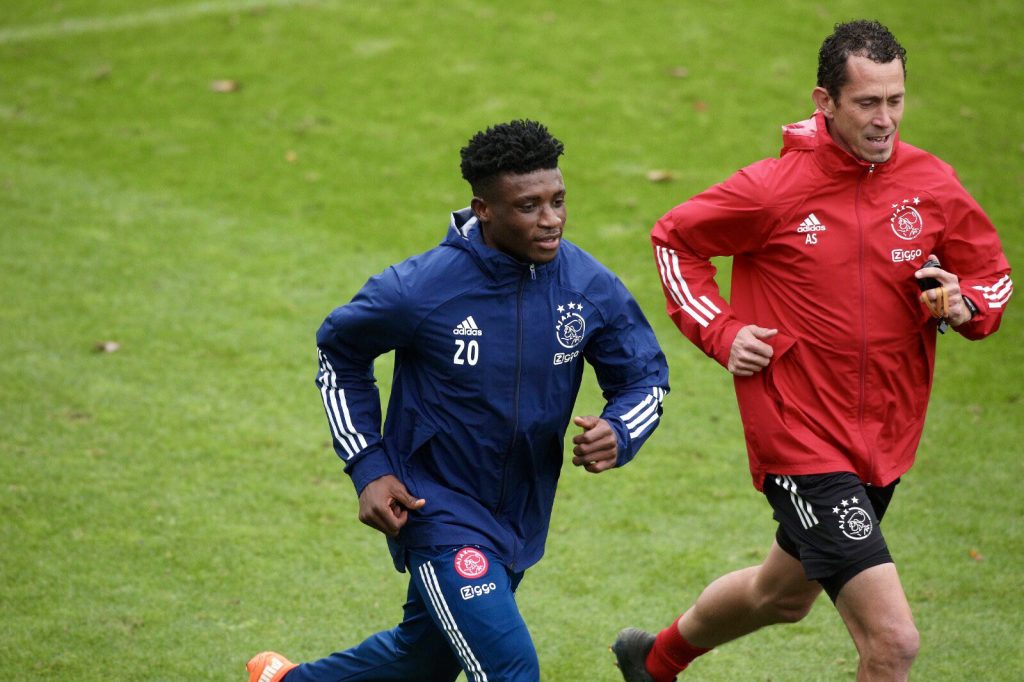 Ghanaian versatile player Mohammed Kudus finds way back to training after being ruled out for Ajax Amsterdam’s third Eredivisie clash a week ago.

Mohammed Kudus failed to join Black Stars squad for October friendlies due to an injury who prevent him from leaving Dutchland. However, the former Nordsjaelland midfielder is back to training as he disclosed a picture of him and Ajax’s fitness trainer accompanied with thankful emojis.

In addition, Erik Ten Hag is yet to decide whether Kudus will be fit for Sunday’s home clash against Heerenveen for the match day 5 of Dutch top-flight. Ajax Amsterdam are currently 4th on the standings.

After that league game, a decisive clash awaits them on Wednesday, October 21 when they take on Premier League champions Liverpool for their first 2020/21 group stage UEFA Champions league clash.