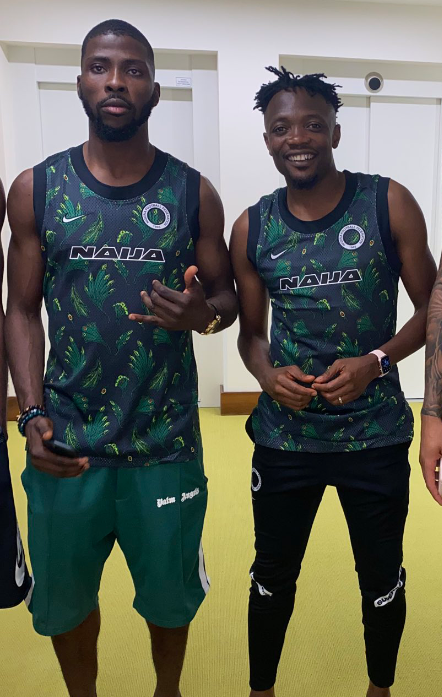 Super Eagles head coach Gernot Rohr made changes to the squad that loss to Algeria in their last week friendly against Algeria.

Kelechi Iheanacho and captain Ahmed Musa will lead the attack against Tunisia at the Jacques Lemans Arena in Austria.

Nigeria will be aiming to return back to winning ways against Tunisia and Rohr believes Ahmed and Iheanacho are equal to the task.

Both players started from the bench against Algeria with Iheanacho coming in as substitute for Paul Onuachu in the 67th minute.

Musa took the place of Samuel Chukwueze in the 75th minute in the 1-0 loss to Algeria.

Kenneth Omeruo is set to also start for the Super Egkes after missing the game against Algeria.

Omeruo could be paired alongside Leon Balogun at centre back.

The Super Eagle will be looking for a back-to-back win against Tunisia whom that defeated 1-0 to clinch the 2019 AFCON bronze medal title.

Musa and Omeruo were part of the team that defeated Tunisia following an Odion Ighalo’s 3rd minute goal.

The Eagles last winning outing was in the 4-2 away win against Lesotho in an AFCON qualifier played in November last year.