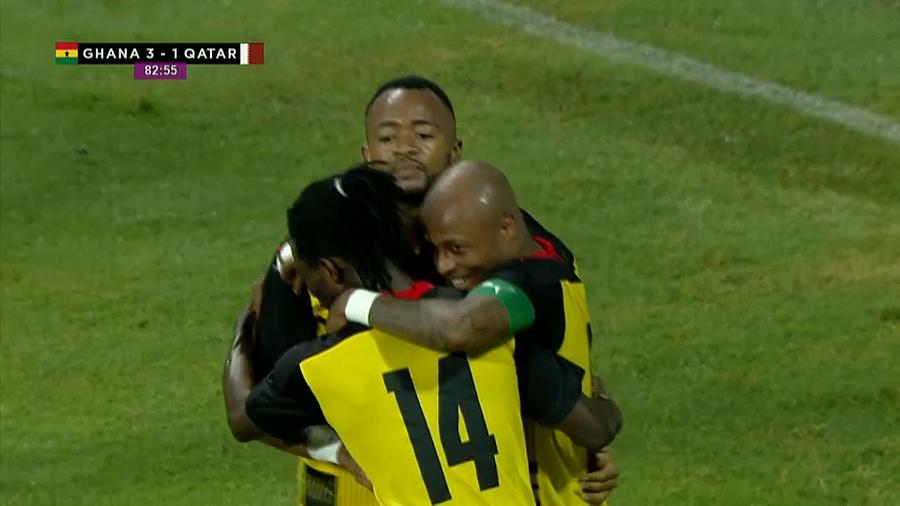 Brentford left-winger Tariqe Fosu made his has had a marvellous Sunday night as he scored the goal of Black Stars’ 5-1 over Qatar in their second October friendly.

Tariqe Fosu Henry made his Black Stars debut on Friday in Ghana’s 3-0 loss to Eagles of Mali. He was in the starting team last night against Qatar and less than 30 minutes, he gave the lead to Charles Akonnor’s team as he scored at the 22nd minute.

A goal, the 24-year-old and former Charlton Athletic player credited to team performance as his goal emanated from a serious work of Jordan Ayew from right wing of the Qatar’s defence.

“What a week it’s been, making my debut on Friday & scoring my first goal for Ghana Credit to the team on the performance!!” he wrote on Twitter.

Moreover, his club also congratulated him for the display on social media.

“A great night’s work for Tariqe Fosu”, the club retweeted in a post of Ghana Football Association.