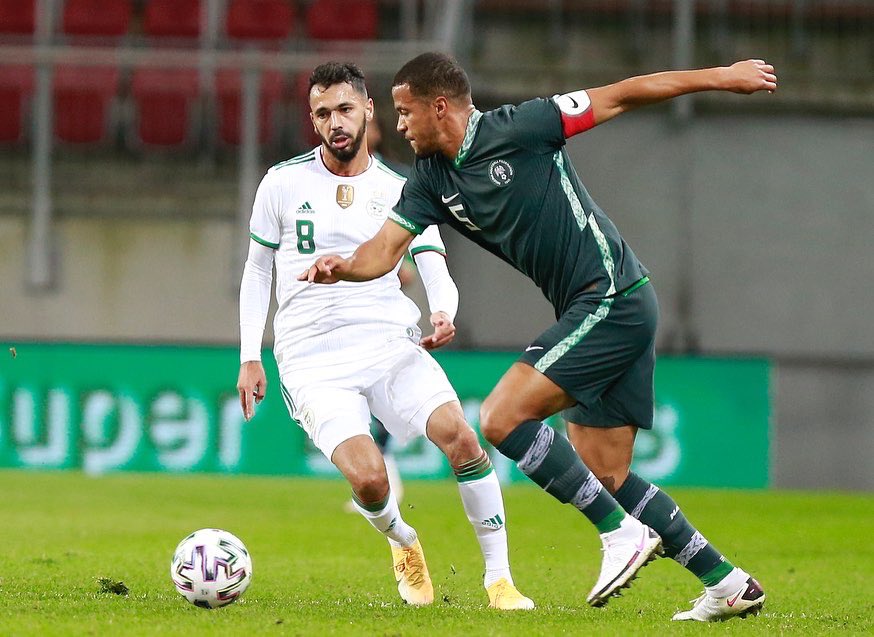 Super Eagles duo of William Troost-Ekong and Samuel Kalu have been allowed to return to their various clubs ahead of Tuesday’s friendly against Tunisia.

Both players were in action in last week 1-0 defeat to Algeria in their first international friendly game.

Ibitoye said Troost-Ekong was allowed to return to Watford and train with them ahead of their Sky Bet Championship game on Friday.

The former Udinese defender joined Watford and is yet to play for the Hornets.

He was an unused substitute in Watford game before the international break.

While Kalu who received a knock in the Algeria game has been asked to return to Bordeaux.

Ibitoye while confirming both players unavailability said, “Kalu was allowed to leave the camp and return to his club because of the knock he got in the game against Algeria.

“For Troost-Ekong he was permitted to go because he just joined a new club and they have a game on Friday so they want him to train with his team ahead of the game.

“So with this two players out we will have the chance to see new players for the game.”

In another development, the covid-19 test results of all the Super Eagles players ahead of tonight returned negative.

“Ahead of tonight’s friendly game against Tunisia, all @NGSuperEagles players  have tested negative to COVID19.”