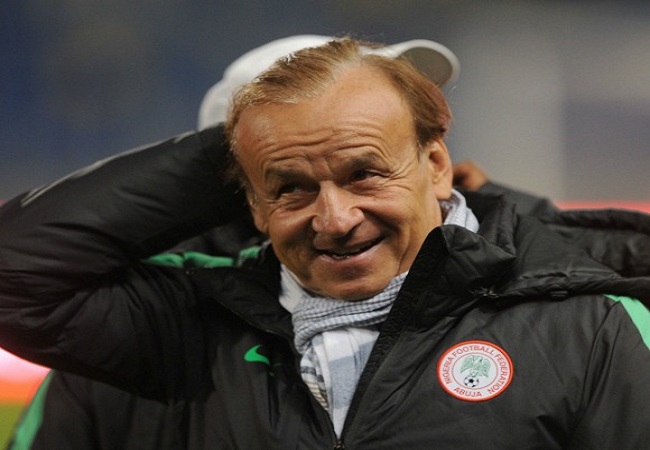 For the 2021 Africa Cup of Nations qualifying matches, Nigeria will play against Sierra Leone next month. And the Super Eagles manager Gernot Rohr has admitted that he is facing a selection headache ahead for this game.

The German football tactician handed debuts to as many as six players during the international break in October. They are namely Zaidu Sanusi, Frank Onyeka, Samson Tijani, Kevin Akpoguma, Cyriel Dessers and Chidera Ejuke.

Further to the absence of Wilfred Ndidi, Joe Aribo and Oghenekaro Etebo, West Brom’s Semi Ajayi was deployed. The played as defensive midfielders against Algeria (0-1) and Tunisia (1-1).

Rohr believed that the Super Eagles merited a draw in their first friendly against the African champions and should have defeated the Tunisians yesterday.

“Indeed, the results could have been better. We could have picked a draw against Algeria and a win against Tunisia.” Rohr told the Super Eagles Media team.

“We have some positives to pick out from the games. Because inspite of missing some key players we still competed well.

“Now it is going to be difficult for me to pick our list for the AFCON qualifiers next month. Because of the new boys who did well.

“I believe these very good friendly games will help us to return to winning ways when we play Sierra Leone next month(home and away). Good results next month may see us qualifying for the 2022 AFCON already.“

26 players have been invited to the Super Eagles training camp. Only four did not taste action in the two matches this month. They are Dele Alampasu, Mathew Yakubu, Ola Aina and Tobias Lawal.