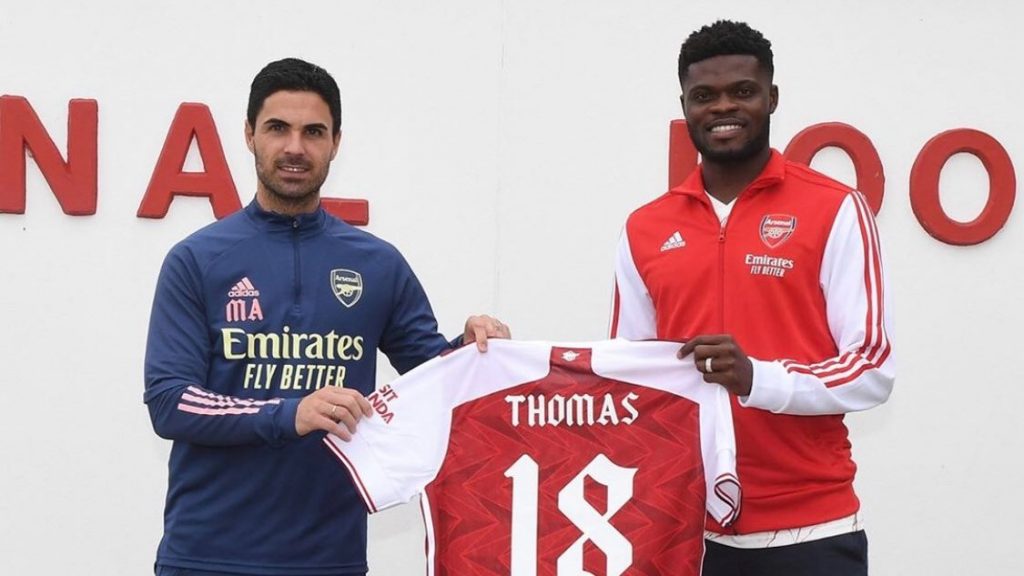 Arsenal manager Mikel Arteta is ready to blood new signing Thomas Partey ahead of this weekend game against Manchester City.

Partey joined Arsenal on the last day of transfer window from Atletici Madrid and just arrived London on Monday.

Arteta was faced with the question of the midfielder readiness to play during his pre-match conference.

Read Also: Partey has improved in all areas of the game ex-Black Stars coach

The Spaniard said the Ghanaian had his first training session with the club on Thursday and it will be important to assess his readiness.

“Well he was here just yesterday, he is getting familiar with everything around the club,” Arteta told arsenal.com

“Today he will have his first training session, so everything has to come really quickly for him.

“We knew that before we signed him that he is fit, he is very willing to start playing and we will see how he goes in the next few days.

“I have seen the buzz around the place, the fans are really happy.

“I have seen some really positive reactions after we bought him, the same with the team, the squad and the staff.

“I think he is a player we had the radar on for a long time and we have managed to bring him in and I think he will be a really important addition to the team.

“He got to know some of his team-mates [already].

“Not all of them, because some are still on international duty but we will have everyone back today and it will be a good day for him to get to know everyone.”

Arteta differed on Arsene Wenger thought that it takes foreign players sox month to adapt to football in England.

He noted that players can easily adapt depending on many factors.

“I think it is something very individual, depending on many factors,” he said.

“How they settle first of all here in the city with their family, whether they speak the language or not,

whether their qualities fit the team and the Premier League more straight away or if they need some adaptation and some development in those areas.

“It is very particular, you see some players adapt really quickly and some others taking a long time.”