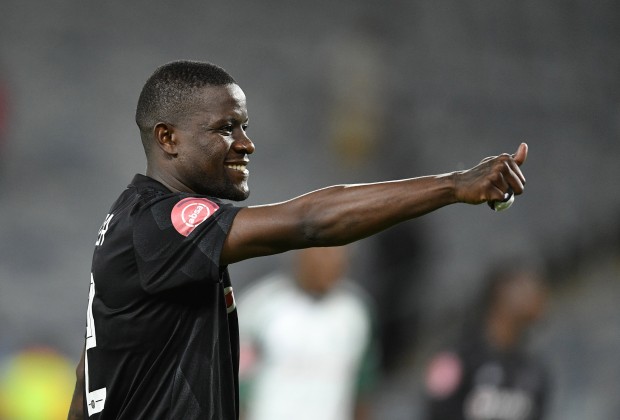 Orlando Pirates have announced the contract extension of their South African right-back Ntsikelelo Nyauza for the next three seasons.

Ntsikelelo Nyauza joined Pirates seven years ago (2013) and has become so far a key element in the workforce of the Buccaneers.

The 30-year-old then signs a new contract with Pirates while goalkeeper Joris Delle has parted ways with the club Wednesday morning.

“Defender Ntsikelelo Nyauza has put pen to paper on a new deal that will see the 30-year old extend his stay on board the Bucs ship for a further three seasons.” Pirates announced.

In addition, the club is also in negotiations with striker Luvuyo Memela, 33, over a possible deal extension.