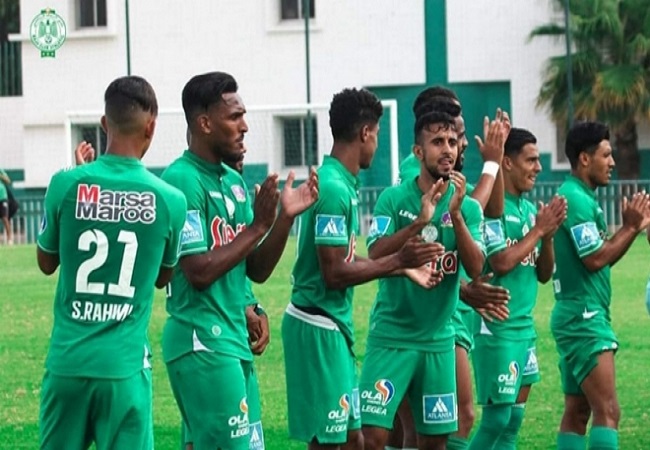 Raja of Casablanca will face Zamalek of Egypt next Sunday 18 October. It will be in the framework of the African Champions League semifinal. The game will take place behind closed doors as Covid-19 requirements.

Raja Casablanca won the title of Moroccan champion at the endof a suspense last Sunday. The Green Eagles won the trophy thanks to a goal from Abdelilah Hafidi in the 90th minute against FAR Rabat (2-1). Despite their victory, Wydad Casablanca saw the title given to their neighbour for a different of one point. Raja had not been crowned since 2013. Now the Green Eagles are turning to the CAF Champions League.

In fact, for the C1 first leg, Raja will have to face Zamalek of Egypt in North Africa derby that can explode. «After the closing of the national championship and the end of the season with the coronation of Raja, our goal is hence the Champions League.» The club wrote in a statement.

On Wednesday 14 October, Raja of Casablanca announced to have put on sale on the web virtual tickets for their next match in the African Champions League against the Zamalek. But by putting tickets on sale for this duel, the Greens’ management is calling on the generosity of their fans to boost their treasury.