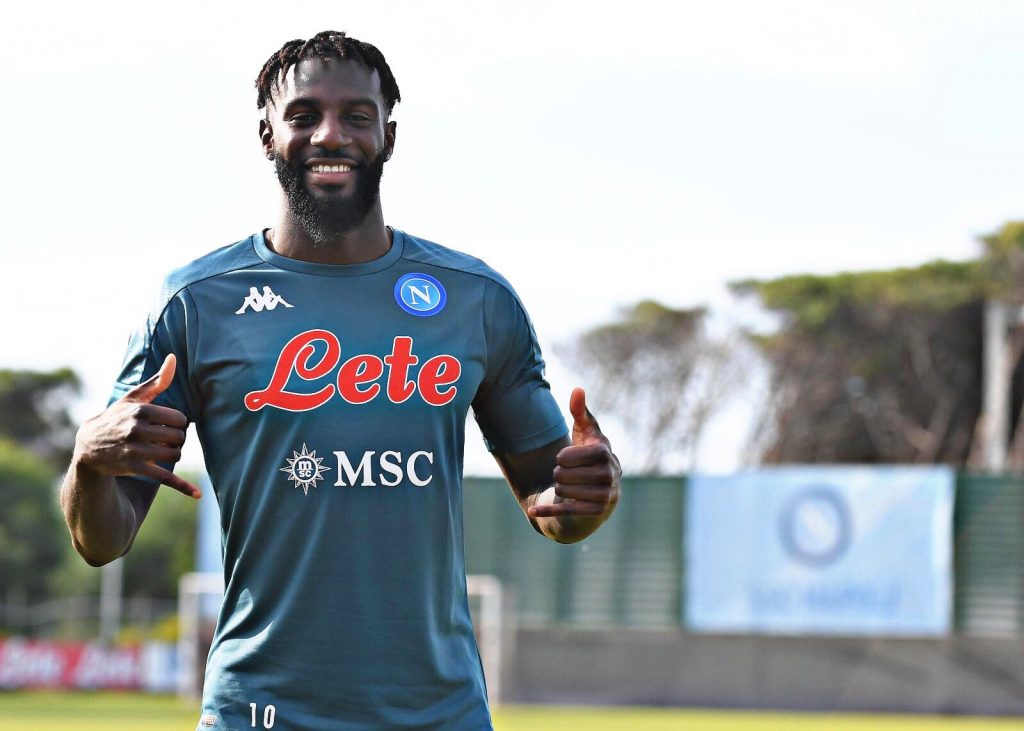 Napoli new signing Tiemoue Bakayoko says he is ready to help the club get important results in the Serie A after he switched from AC Milan to the Naples.

The Chelsea midfielder continued his loan spell after Frank Lampard ruled him out of his plans this season.

Bakayoko who could be available for selection in Genaro Gattuso side ahead of this weekend game against Atalanta talked about his new club and dream.

The former Monaco midfielder in an interview with Radio Kiss Kiss said Gattuso played a role in his decision to join the club.

“I am very happy to play in Naples, I have found a wonderful group and a beautiful city where I can live well” .

“Gattuso was very important in my choice and I thank him for the esteem and for the trust he has shown in me.

“I am at his and the team’s disposal to be able to make my contribution.”

Asked where he will prefer to play in the club, the French player said the main focus is getting the result.

“It’s the same, the coach will decide, as far as I’m concerned what I’m interested in is helping Napoli to achieve important results.

“Then the position is relative, I can adapt to both a two-player and a three-player formation.”

“Right now our goal is to win race after race.

“We will fight and try to stay on top.

“But this is not the time to think about final goals. The road has just begun.”

“Of course I want to play, I haven’t played in official matches for a long time, but I’m training well and I hope to be ready against Atalanta.

“The coach will be my condition.

“We are definitely playing against a strong opponent who is achieving great results.

“It will be a very tough match and we want to give our best.”