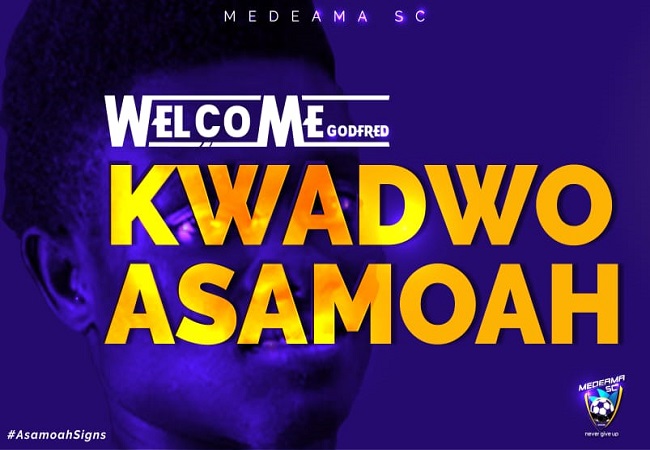 During the ongoing transfer window in Ghana, Godfred Kwadwo Asamoah has committed to Medeama SC. The 24-year-old midfielder put pen to a two-year contract with the club on a free transfer .

He joins the two-time FA Cup holders after ending his loan deal at Techiman Eleven Wonders. Asamoah moved to Dreams FC in 2018 from Heart of Lions. But he spent last season on loan at Eleven Wonders where he excelled.

The highly-rated midfielder made 12 appearances, scored 1 goal with 2 assists in a flying campaign for the Techiman-based side during the truncated 2019/20 Ghana Premier League.

He can play in multiple positions and will add more firepower to Medeama ahead of the new season. A season that kicks off from 13-16 November at match venues across the country.