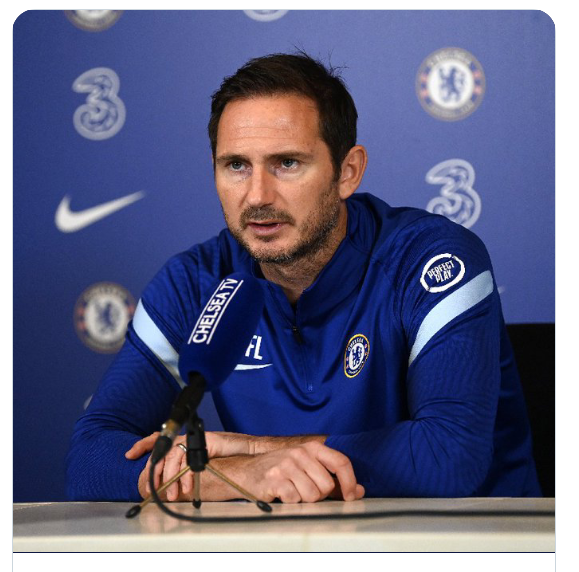 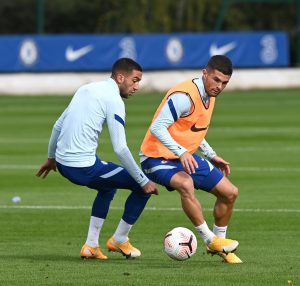 Chelsea will miss the service of Edouard Mendy ahead of Saturday Premier League game against Southampton in Stamford Bridge, Africa Top Sports reports.

Mendy picked up an injury while on international duty for Senegal and immediatelyy returned to London to get medical attention.

However, the goalkeeper misses the chance of getting fit before Saturday game.

Manager Frank Lampard while speaking in his pre-match conference gave update on the goalkeeper injury.

Read Also: We Don’t Need To Be In Pressure Against Liverpool-Ancelotti

“Mendy won’t be fit for this game but we hope he won’t be out for too long,’ Lampard told chelseafc.com.”

With Mendy already ruled out, Lampard refused to disclose who will take position between Kepa Arrizabalaga and Willy Cabalero on Saturday.

‘I’ll make that decision out of the goalkeepers tomorrow, so we will see with that one,’ Frank added.

Another player set to miss Saturday game is Thiago Silva who returned to the team  following a long-haul trip for his national side this week.

“Thiago Silva after his trip [with the Brazil national team], is not in the squad.

“He’s not unfit but he’s not ready to play in the weekend’s game due to the travelling he’s done.

Chelsea fans could see Hakim Ziyech and Christian Pulisic play together for the first time as their have been declared fit.

Ziyech could make his Premier League debut having been sidelined since he picked up an knee injury in the friendly game against Brighton and Hoves Albion.

Lampard confirmed that the  Moroccan has recovered from a knee injury and will be in the matchday squad.

He expressed excitement for the player who has now added to the squad.

“It feels like a long time since we brought him here, and he hasn’t played since the Dutch league finished before lockdown.

“He’s worked hard to get fit, he looks really good in training and he’s been fantastic with his professionalism in working hard to get back fit.

“It’s just game minutes that we need for him now.

“I have a good relationship with Hakim, we’ve had plenty of honest conversations and yes, I’m very excited to see him play and hopefully we can see him at his best, like he was for Ajax.’

Ben Chilwell who was voted Man of the Match in Chelsea’s 4-0 victory over Crystal Palace is available for selection alongside Christian Pulisic.

“Ben Chilwell is in the squad.

“He’s got over some of the feelings with the injury he has had for a while that took him out of England squad, so he’s available for tomorrow.

“Christian Pulisic is in the squad, he’s fit and ready, and Hakim Ziyech is also in the squad.

“He’s not fit to start but is fit enough to participate in some way, we hope.”