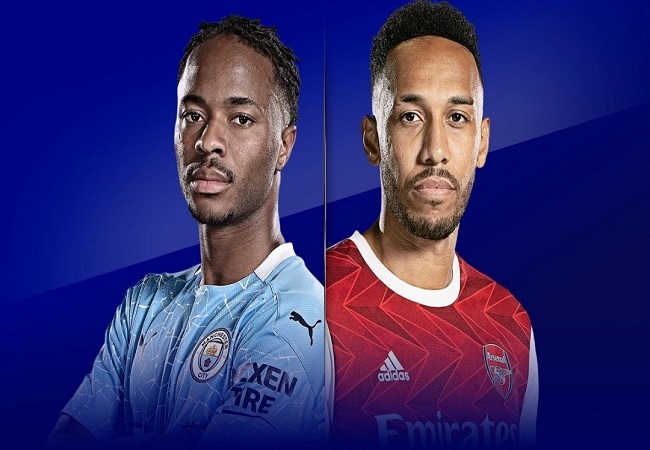 AfricaTopSports football journalist has made prediction over the game between Manchester City and Arsenal. A game taking place within the framework of the 2020/21 season Premier League 5th gameday.

The Premier League 5th gameday offers us a beautiful poster between Manchester City and Arsenal this Saturday. Pep Guardiola will meet Mikel Arteta trained by the Catalan.

Arsenal intends to return to the Champions League as soon as possible. Mikel Arteta’s team started their new campaign in the Premier League very well. After the first four days, the Gunners have already registered three wins. They only lost once on the Liverpool lawn (3-1). The men of Alexandre Lacazette are thus rushing in total confidence for this move on the lawn of Manchester City. Admittedly, the task does not look simple against the second of the last Premier League.

Mikel Arteta may consider himself much luckier. Only Kieran Tierney, Skhodran Mustafi and Calum Chambers are officially missing to the call. However, we will have to take into account the fact that Nicolas Pépé, Granit Xhaka, Dani Ceballos, Ainsley Maitland-Niles or Thomas Partey (the latest recruit), all played games, often fully, with their selection. And that they could therefore loose performance. This promises an open match!

Champion of England in 2018 and 2019, Manchester City lost its crown last year. Motivated to better figure in this new exercise, Pep Guardiola’s men missed their debut. They first won on the Wolverhampton lawn (3-1) before sinking, at home, facing Leicester (2-5). Just before the international break, City conceded sharing the points with the promoted Leeds (1-1).

Pep Guardiola already knows that he will have to do without Kevin De Bruyne, injured with Belgium. But also Sergio Aguero, Gabriel Jesus, Joao Cancelo, Ilkay Gundogan or Oleksandr Zinchenko, unavailable for several weeks. Add to the fact that several players from the Portuguese team have been tested positive for COVID-19, leading to the exclusion of Ruben Dias and Bernardo Silva. And you get a decimated squad to each other for this clash!

As a rule, City stops opponents in all matches, inflicts a lot of blows. This also applies to the games not won against Arsenal. First, Arsenal no longer allows as many as opportunities and shots on target – this is what distinguishes the new Arsenal.

Over the last seven games against each other, only one ended with four goals scored. Yes, we usally expect an offensive game from City and Arsenal. But I think this time it won’t work. Considering that the ratings for the total are less than 3.5 here, that’s appropriate. I would wager on that for 1.82 in 1xBet.

I wouldn’t touch the results. Because anything can happen here. It is clear that City will take the initiative and threaten the objective more often. But I do not want to bet on the results here.