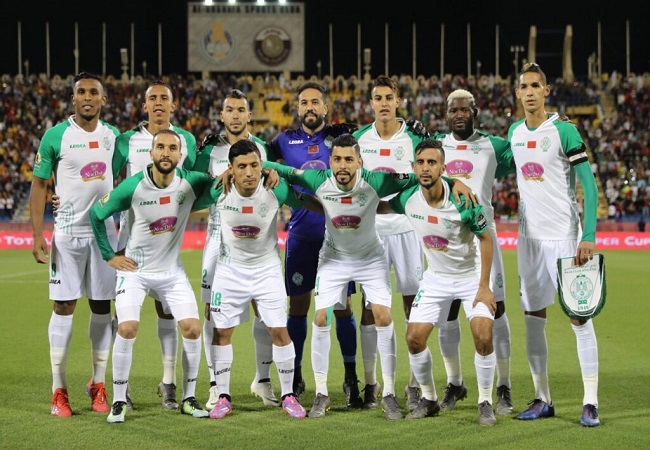 The CAF Champions League for 2019-20 is about to end. Semifinals are taking place this weekends in two duels between Egyptian and Moroccan clubs.

Initially scheduled for the end of September, the two semifinals of the African Champions League will finally take place three weeks later. Two Egypt-Morocco duels are scheduled: Wydad vs Al Ahly and Raja vs Zamalek.

Raja will host Zamalek this Sunday before going to Cairo a week later. Champion of Morocco, Raja and their 3 C1, will have to take the advantage before the return to Egypt in Cairo against a team that has already won the Champions League five times.

They have been crowned by their title of champions of Morocco. A title they snatched in extremis at the expense of their rival of WAC. The Greens will compete this Maroco-Egyptian duel under good auspices. With a quite good morale and confident players to secure a place in the final of this prestigious competition. They who won their last title in 1999.

For the purpose, Sellami’s men will rely on their homogeneity, the stability of their technical management. They will also rely on the experience of their players, such as Mohcine Metouali, Abdelilah El Hafidi, among others.

This poster will, in the end, sounds as a revenge for the Green and White. They who lost the final of the Champions League in 2002 against their opponent of the day. First leg 0-0 in Casablanca and second leg, victory of Zamalek 1-0 in Cairo.