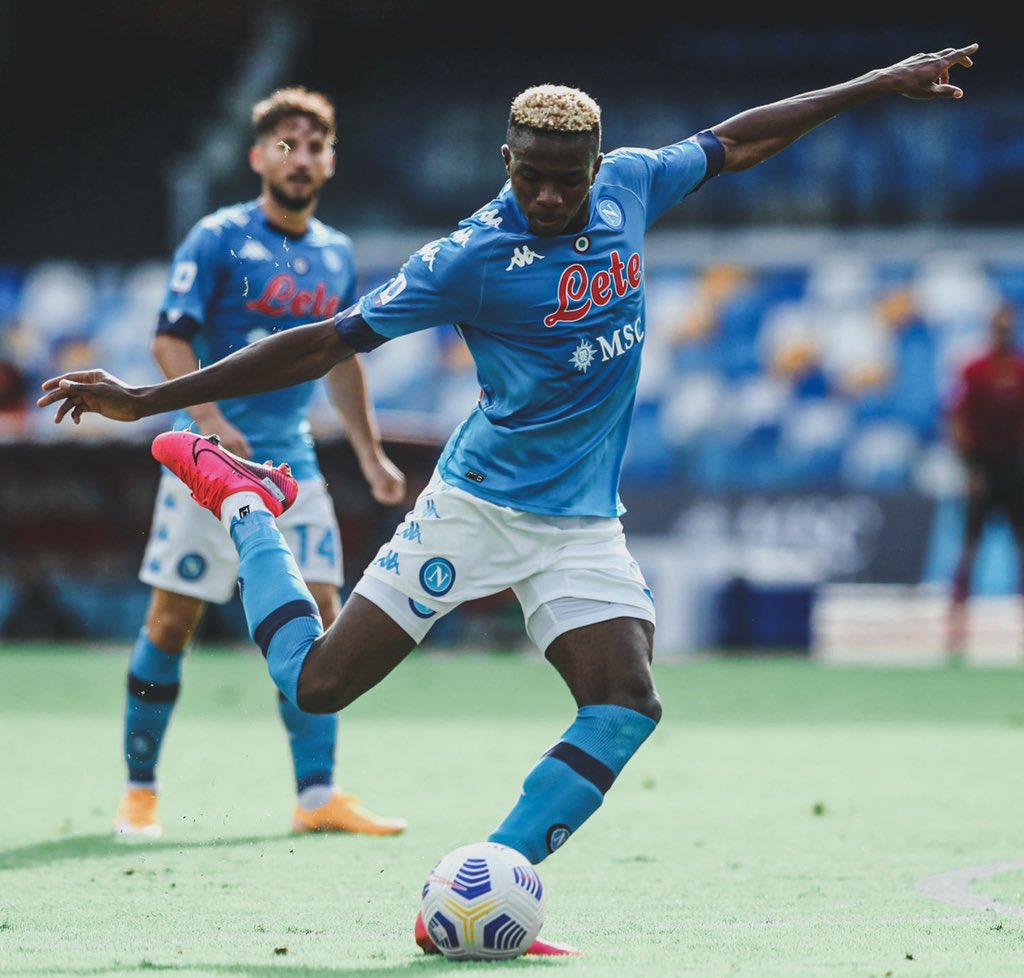 Victor Osimhen is glad he has finally opened his Serie A goal account following after he scored a screamed in Napoli 4-1 trouncing of Atalanta on Saturday.

Osimhen who joined Napoli from Lille was handed his second starting XI berth by Genaro Gatusso.
The forward didn’t disappoint as he put an icing to the cake in what was already a stroll for Napoli.
The Super Eagles forward after the game celebrated finally getting off to scoring.

“Having accomplish all I thought was impossible for me through GOD,now I know better,time for some limitless goals and desire.
“GOD is the greatest🙏🏽we move✊🏽#endpolicebrutality #forzanapolisempre💙⚽️, he wrote on his Twitter account.”
Osimhen’s manager Gatusso couldn’t hide his feeling for his forward who said was happy to see score.
Gatusso in his post-match once reiterated that the Nigerian international was the player he needed in his squad.

“I’m happy that Chucky [Lozano] scored two and I’m especially pleased for Osimhen because he hadn’t scored yet and he deserved a goal for all the hard work he’s been putting in for the team.

“Victor was a player I wanted and I’m grateful to the president for bringing him in.

“It wasn’t easy but we’ve got ourselves a fabulous player.”

The Azzurri had the points wrapped up at half time after Hirving Lozano’s double was followed by Matteo Politano’s strike and a first Serie A goal for Victor Osimhen.