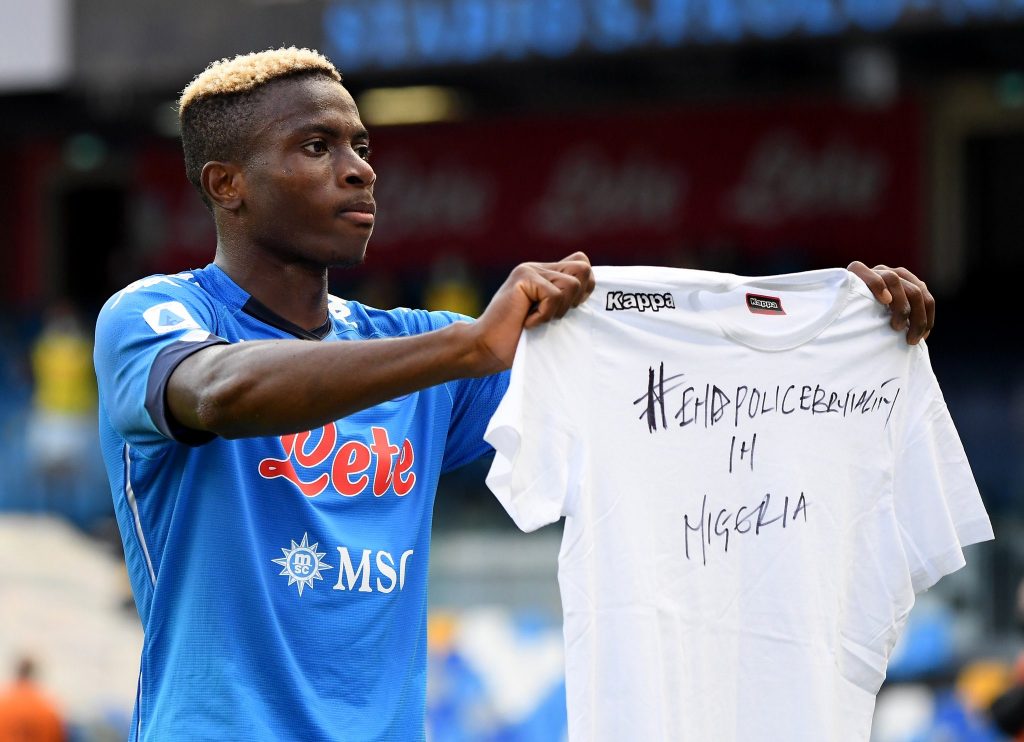 Victor Osimhen raised a shirt to show his solidarity and support for the #endsars protest in Nigeria as he opened his Serie A goal account for Napoli.

Osimhen was on target for Napoli who put up an excellent performance to defeat Atalanta 4-1 in Saturday’s Serie A game.
The former Lille forward scored in the 43 minutes to extend Napoli lead to 4-0 after Harving Lozano’s brace and a Matteo Politano put the Naples in front.

Osimhen after netting the goal raised to the side and grabbed a shirt that revealed #EndPoliceBrutality In Nigeria.
The player joined rest of Nigerian youths to demand an end to impunity and extrajudicial killing of youths in Nigeria by the Nigeria Police Force.
Nigerian youths have embarked on protest across major cities in the country to demand that the government reform the police.
The hot spots of the protests are Lagos which is the country’s commercial city and Abuja, capital of Nigeria.
Recall that during Super Eagles game international friendly game against Tunisia, the players showed their support for the #endsars, #endpolicebrutality protest.
Other Nigerian internationals have also used their social media to stand with their fellow youths who are in the street protesting for a better security reform.