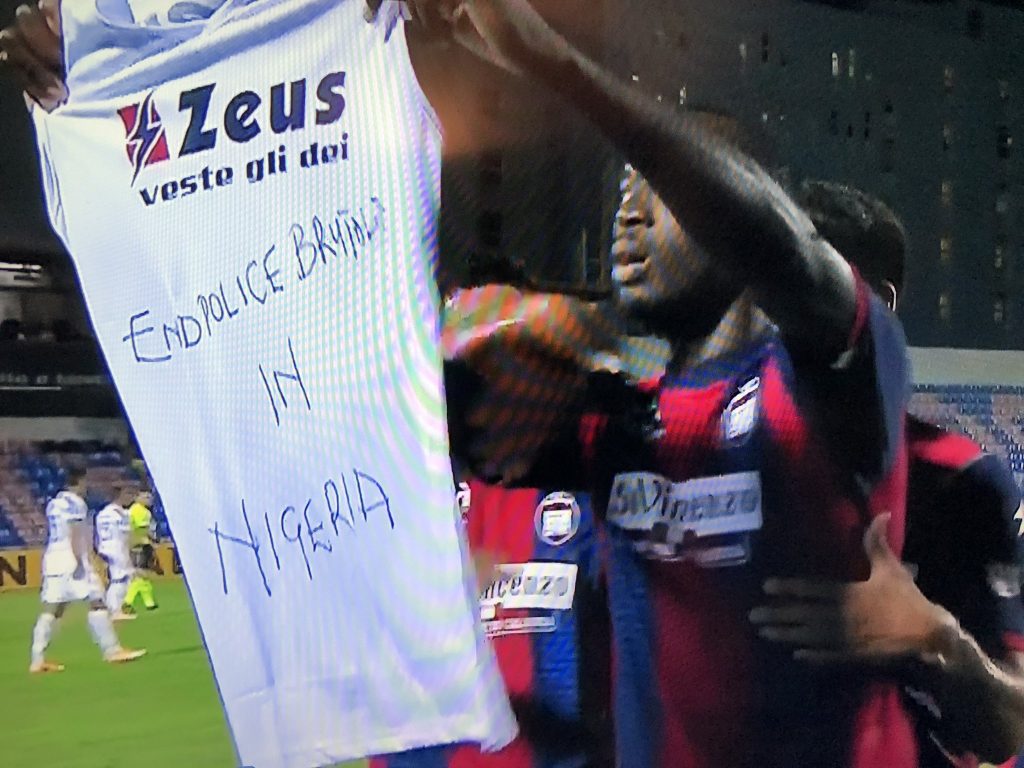 Nigerian international Simeon Nwankwo ‘Simy’ became the next Super Eagles to raise a #EndPoliceBrutality shirt after he scored for Crotone in the Serie A.

Simy scored from the spot to put Crotone ahead in their Serie A game against champions Juventus on Saturday.
He them raised to the corner to get a shirt with inscription “End Police Brutality in Nigeria” to show solidarity for the ongoing #endsars protest in Nigeria.

Earlier on Saturday, Victor Osimhen also did the same after he scored his first Serie A goal in Napoli 4-1 win against Atalanta.
Nigerian youths have remain in the street for eight days holding the government accountable to out an end to police brutality in the country.
Most Nigerian player have joined their voice for a reform in the Police as well dissolve and prosecute all SARS operatives.