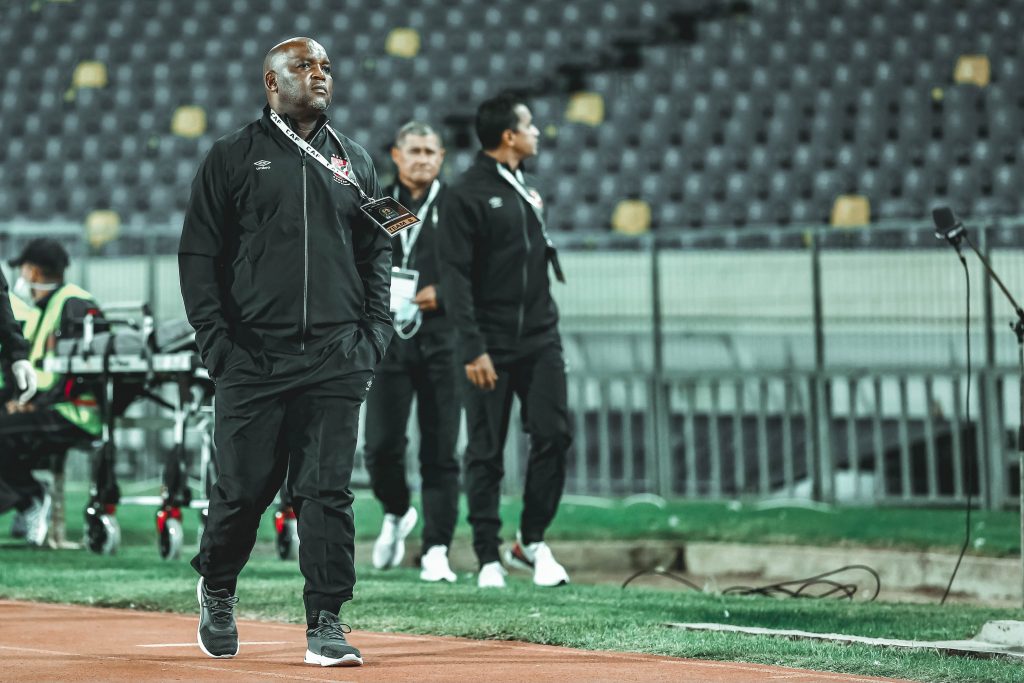 Al Ahly boss Pitso Mosimane reacted to his side’s 2-0 victory over Wydad Casablanca in the first of leg of CAF Champions league.

Pitso Mosimane remains unbeaten after four games at the head of Al Ahly. Three wins and one draw. For his debut in champions league with the Cairo giants, “The Real Pitso” secured a convincing victory over Moroccan side Wydad Athletic Club.

“We played a difficult game against a tough opponent, as they kept fighting to come back even after conceding two goals. But the players performed very well, especially in the defense and the midfield and they kept us in the lead during the first half” Mosimane said.

“The players sticked to the game’s plan and performed very well. I wished to score more goals, as we had several scoring chances during the match”. he added.

“We succeeded to score and control the game early after Afsha’s pressure on the defender and taking advantage of his mistake”.

“El Shenawy saved the penalty and kept our lead which led us to score the second goal”. Pitso concluded.