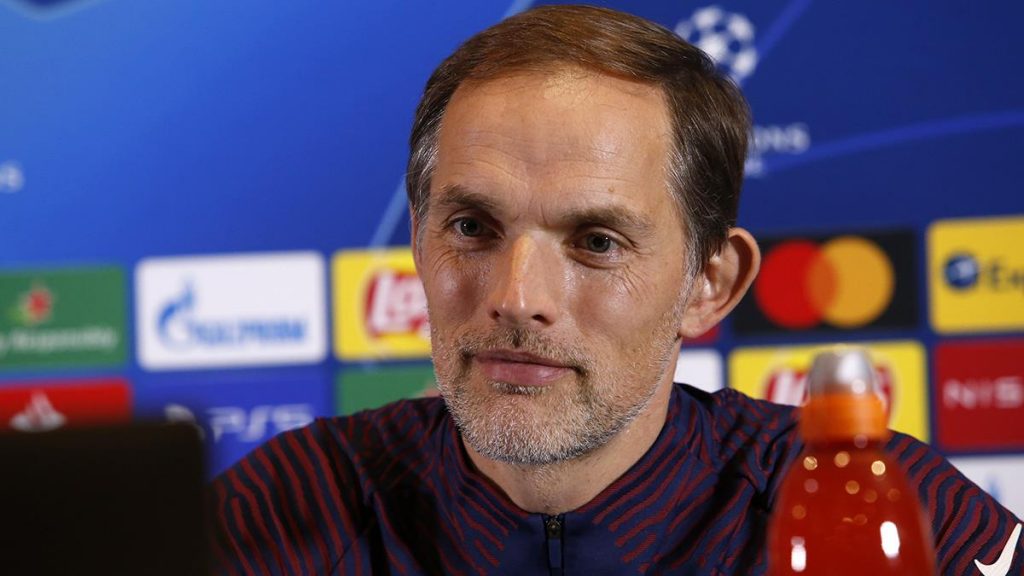 Tuchel appeared before the press ahead of the game which could see the return of their former forward, Edison Cavani to the Stade Des Parc.
The German tactician in his pre-match conference said his team have changed since then.
He urged his players to show quality and progress to the knockout stage of the competition.

“Manchester United isn’t necessarily a great memory for us, even if we got a great result at Old Trafford.

“Since then, a lot of things have changed. We did extraordinary things last season and gained a lot of confidence.
“Our challenge will not be to think too much about that run, nor about being knocked out by them two years ago.
“We need to show our quality and be able to come through a very difficult group.
“In top-level sport you must always prove yourself and win again.
“We have rediscovered our rhythm and our confidence, and we’re a very dangerous team in the Champions League.“
The former Borussia Dortmund manager talked about the quality of their opponent with emphasis on Paul Pogba, Bruno Fernandes and Marcus Rashord.

“The team has changed a lot, with new players who have confidence and experience.
“Paul Pogba is one of the best midfielders in the world and stopping him will be one of the keys.
“There’s also Bruno Fernandes, who plays a lot of passes in behind.
“Mason Greenwood, Anthony Martial and Marcus Rashford are three very fast forwards.
” It makes Manchester United one of the best teams in Europe when it comes to the transition into attack.
“Stopping their attacks at their source will be the key.
“We want to show and impose our style, that’s clear.
“We’ll need to play with the right structure in attack in order to do good counter-pressing and to stop their counters before they start.
“Manchester United are also strong from set plays and we’ll need to pay attention to those.”
The manager ruled out  Marco Verratti, Mauro Icardi, Leandro Paredes, Thilo Kehrer and Juan Bernat.
However, he is optimistic Marquinhos and Julian Draxler could play.
“Marquinhos and Julian Draxler will train with the squad this Monday afternoon and I hope that they will be able to play on Tuesday.
“I am confident. Marco Verratti, Mauro Icardi and Leandro Paredes, Thilo Kehrer and Juan Bernat won’t be available.”