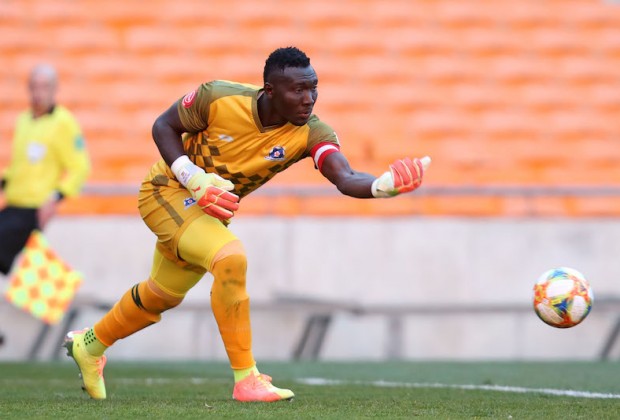 Ghanaian number one goalkeeper Richard Ofori has reportedly said his goodbye to his teammates at Maritzburg United as he is closed to sign for Orlando Pirates.

Richard Ofori has been targeted by Orlando Pirates since June. However, Buccaneers failed to enlist the 26-year-old glovesman, but they are now close in on landing him from the Durban-based club.

Soccer Laduma reveals that Maritzburg United captain has said his goodbye to his teammates pending an agreement with both parties though he has one year left on his contract with the club.

Four days ago, Maritzburg United chairman Farook Kadodia has confirmed that they allowed Orlando Pirates to enter talks with the former Wa All Stars shot-stopper.

“Once the deal is concluded they will make an announcement.”

In addition, Richard Ofori joined Maritzburg United in 2017 and has now more than 100 appearances with the club. Registering 11 clean sheets in 28 matches last season .