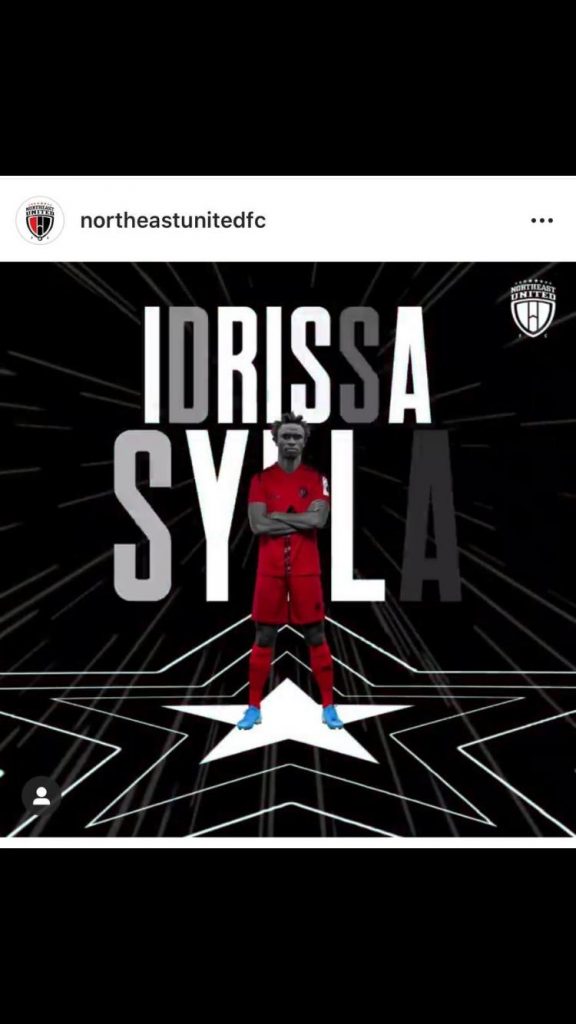 Idrissa joined the club signing a one-year deal with an option to extend for another season.

The player agent Ralph Francis of Elite Eleven LTD  confirmed to Africa Top Sports that the player received many offers from clubs in Europe but opted to play in India.

Idrissa has had stint in Europe with Bastia in France with Bastia and in England with Queens Park Rangers where he finished as top scorer in his first season.

An elated Idrissa in his first interview after joining the club said he is very excited to join the club.

“This is my first move to Asia and I am really intrigued to experience the sport in this part of the world.

‘I had a positive conversation with the Club about the project and I am very excited to be a part of NorthEast United.

“I am looking forward to working with the coaches and my teammates to make this season a fantastic one for the club and its fans.”

The Guwahati-based club also confirmed via their official website that they have signed the higly rated Guinean player.

“Idrissa Sylla joins us from Zulte Waregem in the Belgian League, where he also represented clubs such as Le Mans, Anderlecht and Oostende.

While welcoming the former Anderlecht player to the team the club Executive director of the club Priya Runchal described him as a striker with quality.

“We are excited to bring into the team someone of Idrissa’s quality.

“He is a striker who is technically sound, an aerial threat and has been a proven goal scorer throughout his career.

“We expect him to hit the ground running here in India and give the fans plenty of reasons to cheer.”