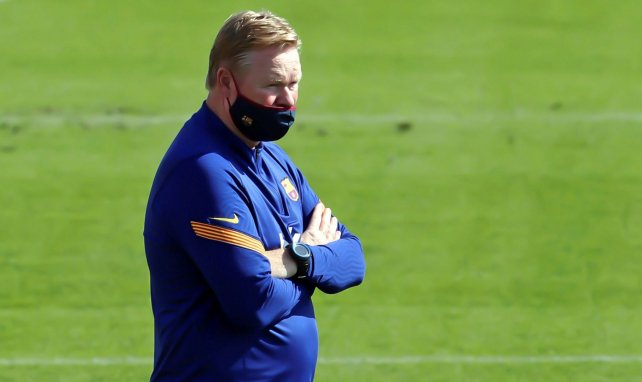 FC Barcelona boss Ronald Koeman warned his players about the kind of team Ferencvaros is as they on the Hungarian side tonight (7pm) for their first 2020/21 UEFA Champions league game.

The wait is over as the UEFA Champions league is back with group stage fixtures starting tonight. And Barca of Ronald Koeman will host Ferencvaros at the Camp Nou.

In fact, Ferencvaros are back in the best of European competitions after a 25-year drought and are in a good shape in their maiden league as they top the standings with four winw and one draw after five games played. And the Dutch manager warns his men in such a way that they should not misconsider their opponent.

“Every week is important. We want to start on a good footing: winning. We have prepared for a difficult match at home.” Koeman told Barca website.

“There is always pressure to win games, but we are optimistic about the game against Ferencváros. They are a very physical, strong team and like to play with the ball; therefore, we will put our best players on the pitch.”

Moreover, Barca are coming out of a loss in Laliga to Getafe (1-0) and aims at winning to start well their European campaign. Former Netherlands manager then urges his players to be focused on the game.

“As a whole they’re a strong team and they have attacking players that can make our lives difficult. We have to be focused to deploy our game.

“We train with a lot of intensity. I see the team cheerful and happy, but obviously we are unhappy with the defeat against Getafe. I’m not disappointed with the team because each player works hard.” he added.

In addition, Barca have not lost a champions league home game since October 2009 during Pep Guardiola time, winning 27 and drawing 4 of their last 31 games at Camp Nou. A streak they would like to extend before the first El Clasico of the season against Real Madrid on Saturday at 2pm.