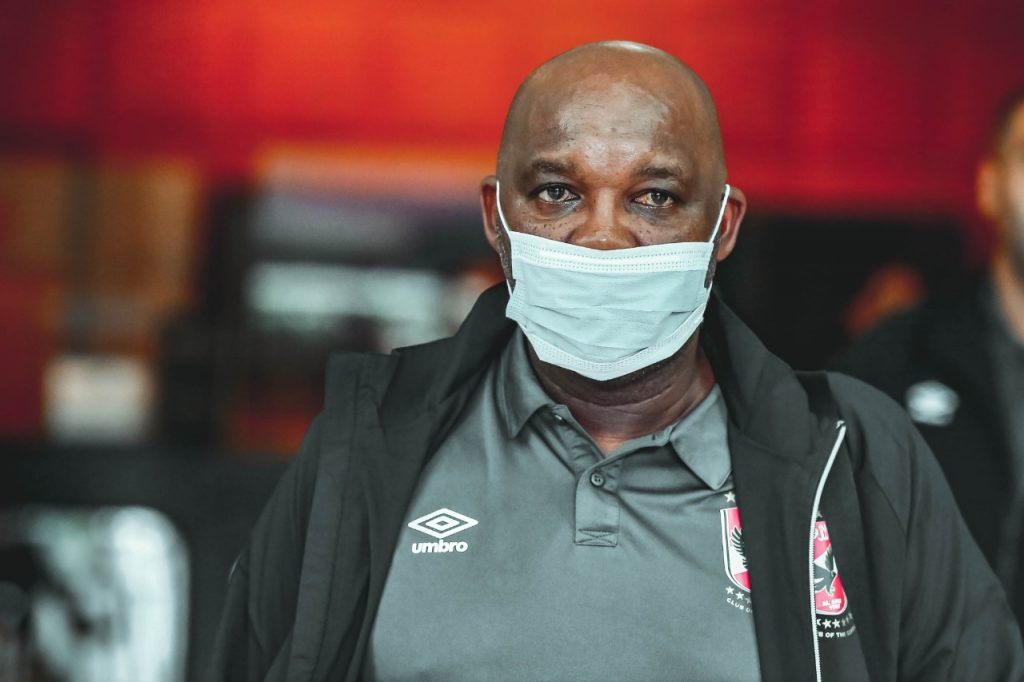 Pitso Mosimane is forcing day by day everyone’s admiration and praises since joining Al Ahly earlier this month as he is one step to a continental triumph with Cairo giants.

Talking to The Citizen, South African analyst Farouk Khan said he has no doubt about the capacity of Pitso Mosimane to inspire Al Ahly to their ninth CAF Champions league title.

Indeed, Red Eagles defeated Wydad Casablanca 2-0 in the first leg of the semi-final last Saturday and await Moroccans in Cairo next Friday for the second leg. A vital victory which became the third of former Mamelodi Sundowns coach with Al Ahly, drawing once in four games he led.

“He has got nine players in that team who play for the Egyptian national team. I don’t doubt that he will win the Champions League,” Khan said.

“He has paid his school fees already with Sundowns and he has enough experience.

Read more : Pitso Mosimane : ‘We played a tough game against a tough opponent

Moreover, the football pundit argued that people who underestimate quality of South African coaches are mistaken as Pitso showed a lot at Mamelodi Sundowns that he is able of doing what some think he can not.

“Sometimes we underestimate the quality of the expertise that we have in South Africa and it is a mistake because Pitso has proven to exceed expectations at Sundowns after several top-notch coaches were brought in and none of them were able to enjoy the success that he has.” he sustained.

“We need to give Pitso the respect, he has gone through primary, high school and tertiary, so he has what it takes to win the Champions League.

In addition, he said him who won the trophy back to 2016 with Masandawana has everything in his side to bring back the trophy in Cairo.

“Pitso has the players, he has the technical staff, there should be no question about him winning the Champions League,” Farouk Khan concluded.