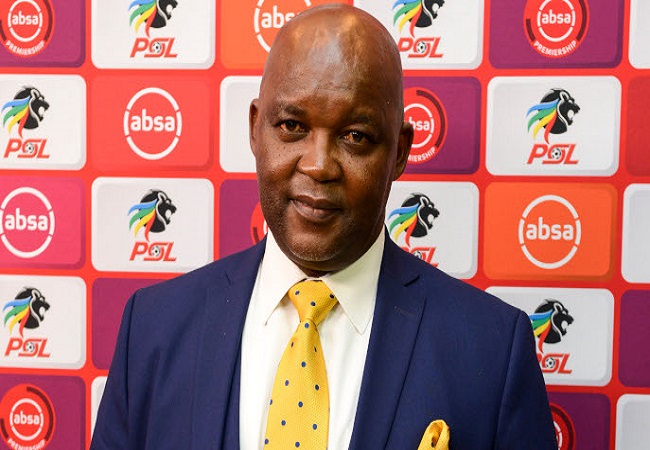 Ahead of inaugural DStv Premiership campaign that kicks off this weekend, South Africa held PSL Awards event yesterday evening. With the coronavirus pandemic still rife in the country, the annual ceremony was vitual.

In a memorable finale of the Absa Premiership, which ended after a 13-year association with the South African top-flight, there were several standout performers.

Former Mamelodi Sundowns coach Pitso Mosimane has won the 2019/20 Premier Soccer League (PSL) Coach of the Year award for the third consecutive year. With Mamelodi Sundowns securing a domestic treble, it comes as no surprise to see former Brazilians mentor Mosimane walk away with the coveted honour.

The new Al Ahly head coach pipped ex-Kaizer Chiefs coach Ernst Middendorp, who rivalled him for the title. And Eric Tinkler, who transformed Maritzburg United into top-eight finishers after narrowly surviving relegation in the 2018/19 season.

Absa Premiership Coach of the Season

Absa Premiership Goalkeeper of the Season

Absa Premiership Defender of the Season

Absa Premiership Midfielder of the Season

Absa Premiership Goal of the season

Telkom Knockout Player of the Tournament:

Nedbank Cup Most Promising Player (U23)

Nedbank Cup Player of the Tournament

Referee of the Season:

Assistant Referee of the Season: