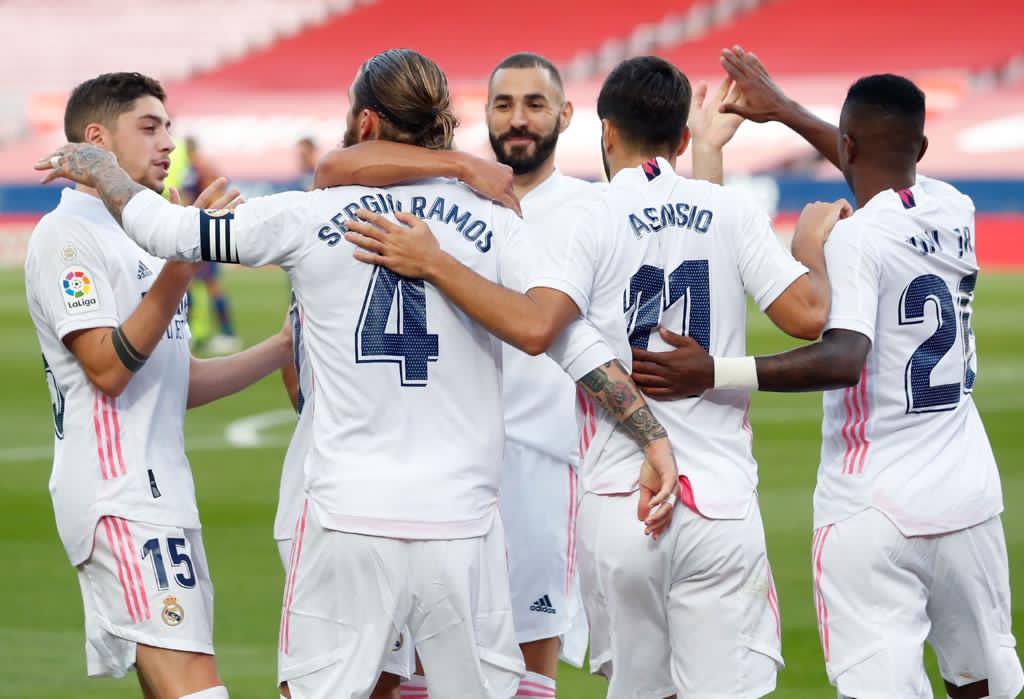 Real Madrid produced a stunning performance to claim a 3-1 victory against Barcelona at Camp Nou in the first El Clasico of the season.

The Los Blancos who lost their last two games in the Spanish La Liga and Uefa Champions League bounced back to winning ways against their arch-rival.
Barcelona were made to pay for their lacklustre performance from the start of the first half whistle as Valverde scored just five minutes into the game.
The goal was enough to awake Barcelona from their slumber as Ansu Fati scored in the 8th minute to level matters.

Read Also: Hopefully I Can Help Madrid Win Against Barcelona-Courtois

Both teams began to push for the lead and within the first ten minutes, they threatened each other.
Lionel Messi almost scored for thr Blaugrana to out them in front in the 23rd minute  Courtois did brilliantly to keep out his right-footed effort.
On the other end, Karim Benzema forced Neto to do what he was paid to do as he came out to stop the Frenchman shot.
But the scoreline remained the same until the break, despite chances to break the deadlock.
Barcelona were the first to create two chances in the second half as Ansu Fati fizzed the ball across goal and narrowly missed in the 52nd minute.
Then Philippe Coutinho header went too wide minutes later.
Real Madrid then had a free-kick out wide.
Kroos swung the ball into the box and Sergio Ramos was pulled back by Lenglet as he went up for a header.
The referee was summoned by the VAR to look at the incident on the monitor and subsequently awarded a penalty.
Ramos stepped forward and scored from the spot to put Merengues in from in the 62nd minute.
Despite going front, Madrid did not sit back and defend as they continued to push for another goal and almost git or in the 86th minute but Neto denied Kroos.
Luka Modric picked up a rebound after a Vinicius Jr. shot was blocked by Neto as  the midfielder cut inside and finished superbly with the outside of his right boot.
There was nothing left for Barcelona to play for as as Madrid moved to top of the table.