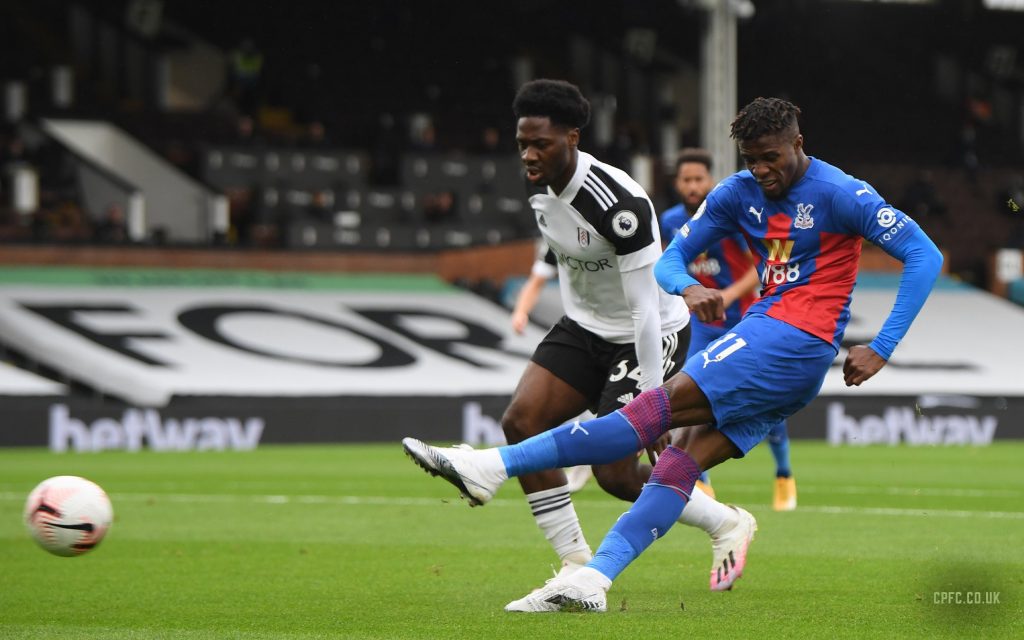 Ivorian forward Wilfred Zaha continued his impressive performance as he helped Crystal Palace return back to winning following a 2-1 win against Fulham.

Zaha has kept on impressing this season s8nce he was handed the captain armband and his fifth goal of the season sealed the victory for the Eagles.

After failing to win their last two league games, Palace travelled to Craven Cottage on the back of their 1-1 draw against Brighton last week.

It took just right minutes for Palace to get in front with Zaha setting up Jairo Riedewald for the opener.

After the goal, the Cottagers began to look for an equaliser.

There was no further goal heading to the first half break.

Fulham came back in the second half stronger and looking more dangerous and threatened to pull back several time but the Palace defence were equal to the task.

However, it was Crystal Palace who doubled their lead in the 64th minute through Zaha who slided in Michy Batshuayi’s cross.

Fulham were then reduced to 10-man in the 88th minute after Aboubakar Kamara fouled Eberechi Eze.

Despite playing with a man down, Fulham pulled one back through Tom Cairney from a long range shot.

But it was not enough as the Cottagers search for their first win since returning to the Premier League continues.

Palace now move up to fifth with 10 points from six games while Fulham remain at the bottom of the table with just one point.

Up next for Crystal Palace is a trip to the Molineux Stadium against Wolves on October 30.

Fulham will be hoping to get their first win when they host West Bromwich Albion on November 2.