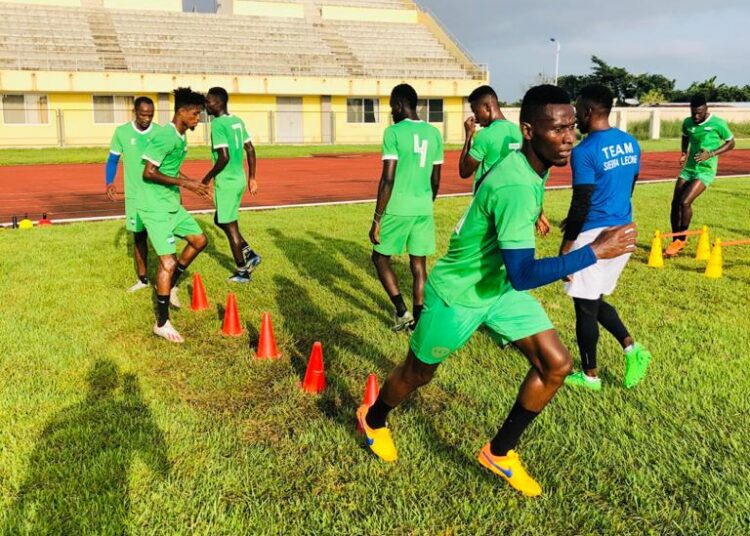 Super Eagles next month Africa Cup of Nations double-header opponent Leone Stars of Sierra Leone has began preparation on Monday for the game.

Assistant coach of the team Amidu Karim revealed that the foreign-based players will join the tea next week.

”This move will help both the players and the technical team to be more focused as preparation intensifies.

”We must continue working really hard to be able to achieve the fitness that will earn us a respectable result against Nigeria. We owe this to the nation.”

In another development, captain of the team, Umaru Bangura has recovered from Covid-19 following 10 days in self-isolation.

Bangura and fitness coach Philli Kor and Head of Communications for the National Sports Authority,

Football Sierra Leone understands that two other tests have been negative.

The captain is now available for the crucial game against the Super Eagles.

The Super Eagles will host Sierra Leone November 13 at the Samuel Ogbemudia Stadium Benin City in the first leg.