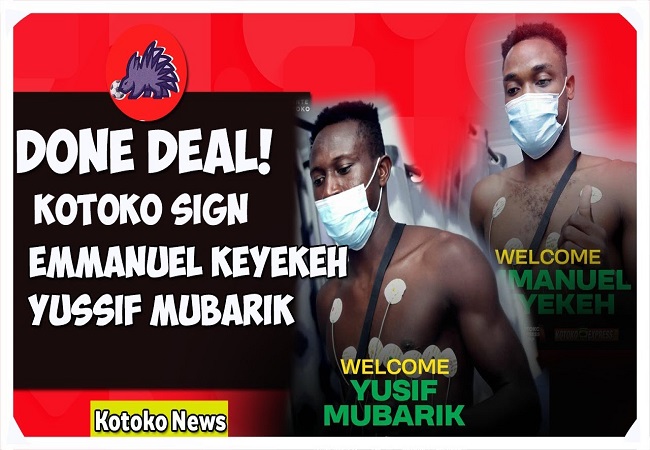 Asante Kotoko newly signed defender Mubarik Yussif. He who confessed to have rejected advances from a South African club in favor of the Porcupine Warriors.

The Kumasi-based club recently signed the centre-back ahead of the new season. As the club seeks to dominate the local scene and do well in the continental front. He was a key player for Ashanti Gold.

“It’s a dream come true. For any local player, the dream is to play for one of the big teams here and Kotoko is a big team. I got a call from the CEO [to join the club].” He told Kotoko Express.

“At that time, my agent had gotten me a club in South Africa. But I realized that Kotoko was bigger than them so I chose Kotoko. It is not about money. If you are a footballer, you would always want to play for big clubs. And eventually the big money will come.” He believes.

He also likened his style to Barcelona defender, Gerard Pique and revealed his ambitions.

“My style of play is like Gerard Pique. Because I like to pass the ball from deep. I think I am good in every facet of the game. Whether it is aerial battles or tackling, I can do the job.“

“I aim to take the team to the next level. I am ready for competition. By the time my contract comes to an end at the club, I would want to win about four or five medals; in the local and continental stage.” He expects.