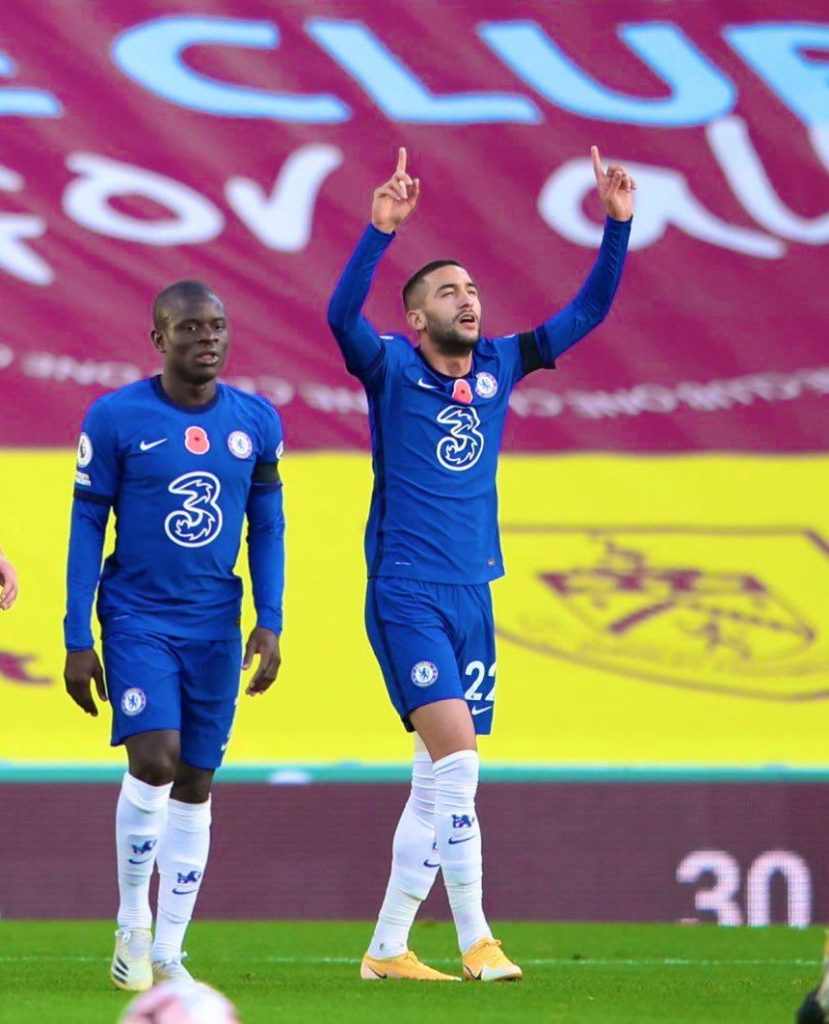 Moroccan forward Hakim Ziyech has been described as a player who has injected more energy into Chelsea squad according to Frank Lampard.

Ziyech was  again instrumental to Chelsea’s 3-0 away win at Turf Moor against Burnley as he scored a assisted.

Ziyech gave Chelsea the lead in the 26th minute before he set up Timo Werner for the third goal in the 70th minute after Kurt Zouma header had made it 2-0 in the 63rd minute.

Lampard while speaking with chelseafc.com after the game praised his players for another excellent performance.

It was the fourth consecutive clean sheet Chelsea have recorded this season on the road in all competition.

Commenting on Ziyech’s Man of the Match performance, Lampard said;

“I expected a lot of him because I was very aware of his qualities – his eye for a pass, receiving, crossing and making assists but what I’ve seen as well since he’s been here is his personality when he plays.

“He wants the ball, his work-rate off the ball is very good as well and he’s brought those qualities and given us a big boost.

” Two games in a few days was a test after being out for so long but it’s been a really good start for him.”

Reflecting on the game generally, the former Derby County managers said it was a complete performance from his players

“I thought it was a very complete performance,’ he said.

“They make it very difficult for you and you know you have to defend your box well, be very strong on first and second boxes.

“I wanted that to be one focus and the other focus to be how we keep developing on the ball.

“That’s what really pleased me today – some of the passing and movement in the team from minute one until the end of the game was very good and it feels like a nice step forward.’

“There was certainly balance there today and we worked on that.

“Even though we can’t work so much physically at the moment, we talked about it a lot yesterday and on the training ground.

“That’s part of the process when we’ve brought in new players. When you’re keeping clean sheets and scoring goals, you’re going in the right direction.’