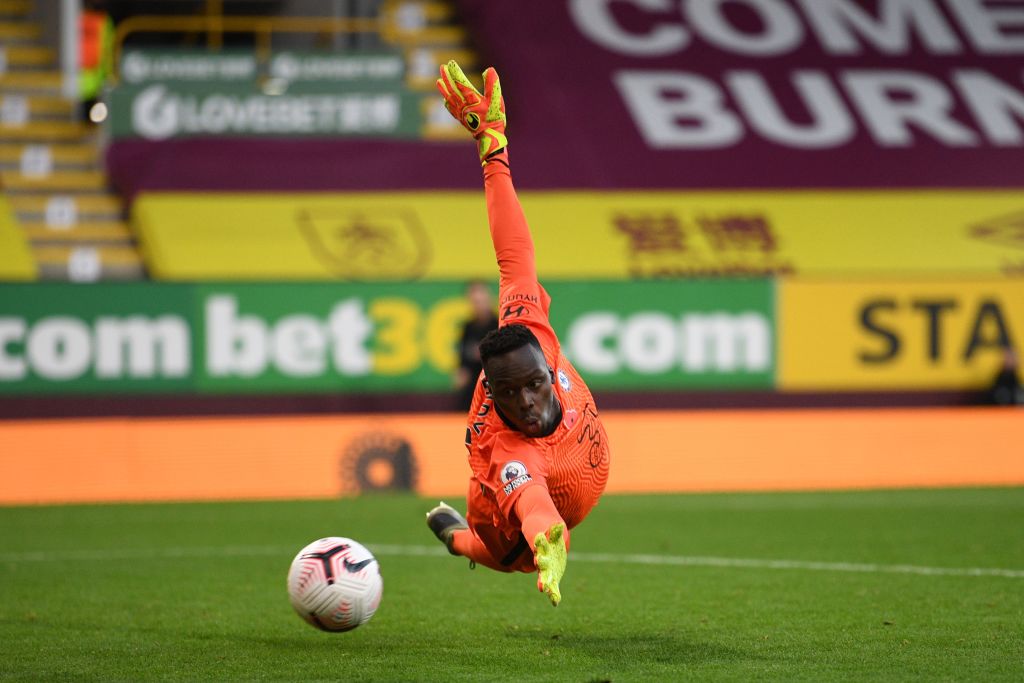 Senegalese and Chelsea goalkeeper Edouard Mendy has equalled Petrarch record in the Premier League after another clean sheet in Saturday’s 3-0 win against Burnley.

Mendy has been superb for Chelsea since joining the club and immediately dethroned Kepa Arrizabalaga as first choice goalkeeper.
His first league game was Chelsea’s 4-0 win against Crystal Palace before the October international break.
He returned to Chelsea after picking up an injury during training with the Senegalese national team.
The injury ruled him out of the game against Southampton where Chelsea failed to maintain their 3-0 lead with Arrizabalaga in post.
He returned to the goalpost against Manchester United at Old Trafford and put up a Man of the Match display denying Marcus Rashford twice to earn Chelsea point.
While reflecting on Mendy’s performance, Chelsea manager Frank Lampard said Mendy has played a huge role in the team current results.
“The clean sheets are a great sign of a spine in the team.
“Thiago Silva and Edu Mendy have massively helped that but so has the mentality of the group with the way we’re defending.
“I’m not going to jump up and down after a win like this but it was a really positive day.”
The Senegalese safest pair of hands has also kept two clean sheet in this season UEFA Champions League.
Only Erik Lamela has scored him in an open play which was Chelsea’s Carabao Cup exit against Tottenham.